A kind of naive question: Can JuliaCon be useful for someone who knows how to write basic programs but has never used julia before?

I told a friend about JuliaCon and she is somewhat interested. Also she may be able to claim the expenses from her department, but she is not sure if it is going to be useful at all. So could someone explain a bit the structure of the event and what exactly the word “workshop” means?

I told a friend about JuliaCon and she is somewhat interested. Also she may be able to claim the expenses from her department, but she is not sure if it is going to be useful at all. So could someone explain a bit the structure of the event and what exactly the word “workshop” means?

Check out the videos. For example, here’s the playlist from last year’s JuliaCon:

What you find is a lot of talks from various Julia users trying to describe what they’re doing and the problems they are facing. People discuss issues and work them out in hackathons. Some people are pros, others are there to ask for help. Everyone is invited and everyone gets something different out of it.

As for workshops, they tend to be extended talks more focused on teaching users than it is sharing some result. For example, here’s some workshops:

Notice that this one is explicitly for beginners! Then others delve into packages you may be interested in learning:

Can JuliaCon be useful for someone who knows how to write basic programs but has never used julia before?

Hey! I just wanted to second Chris’s response that JuliaCon can be useful for new users. Like last year, we’ll have an introductory workshop targeted at beginners, so she won’t need to pre-study with last year’s videos or anything like that. Also, coming to JuliaCon is a great way to meet other members of the Julia community. Hopefully this puts new community members more at ease with asking questions on slack/discourse and generally makes learning the language feel less daunting.

Also she may be able to claim the expenses from her department, but she is not sure if it is going to be useful at all.

Even if expenses are paid, time is also valuable (assuming your friend is a researcher). Going to a multi-day event and realizing that you are not that interested could be a less than ideal experience.

Your friend could consider just trying out Julia for an afternoon to see how it feels, eg by working through the first few chapters of the manual, then decide whether it is worth it. Having some basic (even minimal) exposure to the language would also make the workshops more interesting and easier to follow.

She (and everyone else) should also consider the environmental impact. If you were to come from the US that would be several tons of CO2 (different story if you’re a local). Just something to also consider… So I second Tamas’ suggestion of first trying it out at least for a few hours.

Thank you all for the replies. I sent her the link so she can decide herself.

She (and everyone else) should also consider the environmental impact. If you were to come from the US that would be several tons of CO2 (different story if you’re a local).

I agree that she should try it out first, but if she likes it, maybe going to JuliaCon will inspire her, and she’ll write something in Julia that will more than offset the carbon impact of the round-trip to London

The DiffEq ecosystem is a good example of that. I figure Chris’ work is going to save a few forests, for sure!

I was honestly very surprised. Using this website:
https://co2.myclimate.org/en/flight_calculators/new
Apparently a return trip from Austin, Texas to London produces 3 tons of CO2, and to stop climate change we need an average of 2 tons of CO2 / person / year.
I had no idea the environmental cost of flying was so high.

Even though it is completely off topic, I have to say my 2 pence. Even though the flight emits 3 tons of CO2, having a passenger less will change nothing. There has to be a consistent reduction to the number of passengers so that airlines reduce their flights.

From my point of view, if we care about emissions the first thing to demand is that companies lose their “right” to trade them. The second I guess is to stop finally burning oils for transportation, which means that we have to press for more research for clean energy sources for vehicles (like hydrogen cells).

To make a few on-topic comments first:
For me personally, nothing burns me out quite like being surrounded by a bunch of people I don’t know. So even though I love Julia, and like to answer questions when I can – conferences aren’t my thing. (Maybe next year.)

Many find that sort of environment exciting though. And I trust everyone saying she could get a lot of out of it. So (like they say), I’d try Julia for a little while, know you can definitely get something out of it, and then decide if it sounds fun/exciting.

Now to derail things further (disclaimer: I am not an economist, nor political scientist – odds are many here know much better than I),
It is easy to make arguments about there being no impact from marginal changes.
But that’s some sort of weird, inadequate equilibrium, where there is no benefit to any of our individual decisions (to not fly) -> so we may as well, and the end result is we’re stuck in this pattern of destroying the environment with the convenient justification to ourselves that there was nothing any of us could have done.
If enough less people fly, less flights will be scheduled. Putting a plane in the air is expensive, and they need to recoup the cost.

Naively, emissions trading sounds like a good idea as long as they’re (a) allocated based on something like productivity (eg, kilowatt hour used by consumers), and (b) total limits are made increasingly restrictive on an annual basis. Green companies, like wind farms, would thus be allocated emissions, and become increasingly heavily subsidized by the fossil fuel companies they are competing with.
Although a brief search suggests like (almost all things), the issue is a lot more nuanced and there are arguments that these policies have enabled heavy polluters. So I don’t know (other than that more needs to be done).
Which is the danger of words. It’s so easy to string them together in a way that sounds nice and convincing (to yourself), with little connection to reality. That’s why I like code. I can just run it and see what happens.

If anyone wants to chat climate economics at juliacon, do find me during breaks! It is my main research field (and we are actually using julia for some quite influential stuff in that area).

I was by no means trying to suggest people shouldn’t attend JuliaCon because of CO2 emissions (I attend); just that they should also consider the environmental impact when making their decision. (And that it is good to spend some time reaching an informed decision with low CO2 activities, such as playing around with Julia for an afternoon).

Some further reading: My university launched an initiative to reduce CO2 emissions (link). They found that most of our total CO2 emission are from air travel, most of which is (presumably) to attend conferences.

Sorry for having stirred this thread so off-Julia topic! But still nice to see this important topic discussed.

Perhaps I should not continue an off-topic discussion. I believe that one of the ‘problems’ is that jet fuel is not taxed like other fuels. So air travel is relatively cheap. I hang my head in shame as someone who commutes every weekend between Denmark and the UK, using low cost airlines. I have seen that low cost airlines have changed they way people in Europe live. Lots of weekend city visits obviously for leisure, but I also once met a Dutch doctor who was flying over to the UK to do a shift in a Cambrideshire hospital.

We have climate experts on here. One thing I read was that train travel is not as CO2 friendly as you think. Trains are very heavy, and per passenger you still have a lot of emissions.

Can you please provide the reference?

I’m sorry, I have no reference. A Google search returns 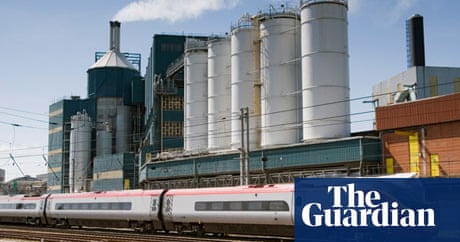 Is it greener to travel by rail or car?

I’m pretty sure that CO2/km per person is similar for cars, trains (if not run on green electricity) and planes (at least same order of magnitude: link). However, I question that CO2/km/person is the right metric, better is CO2/unit-time/person (or maybe also CO2/$): because what global warming depends on is how much CO2 increases per year and thus reduced to a per-person this is CO2/year/person. Put differently, the only way I can produce several tons of CO2 during a short (time) trip is by using a plane.

Hauling this back on topic, I am sure there are plenty of people on here from London who can provide local knowledge. For instance on finding accomodation, the various areas in London and how to travel etc.

Should we continue this discussion in a different category?

Apparently a return trip from Austin, Texas to London produces 3 tons of CO2, and to stop climate change we need an average of 2 tons of CO2 / person / year.

Sorry to continue the off-topic climate discussion (mods feel free to split it off to the OT forum), but as an energy/climate researcher there’s an important point here that I think everyone should understand. Here it is:

The reason is simple: a significant fraction (15-20%) of each kg of CO2 emitted to the atmosphere will remain there for thousands of years, so each new emission will cause additional warming that lasts a LONG time. I uploaded two slides of my lecture material to Imgur.

When you hear budgets like 1-2 tons of CO2 per person per year, that refers to levels we have to reach in the mid-term (say 2050-2070) in order to have a chance of limiting warming to +2 degrees Celsius. But then we need to continue reducing emissions to zero for the warming to stop there.

Why aren’t you giving a talk on climate economics and your use of Julia for your research?
I think that would be fascinating!
Since the talks are already decided for JuliaCon 2018, think about it for JuliaCon 2019, please!