Why is the profile view so scrunched up to the right? 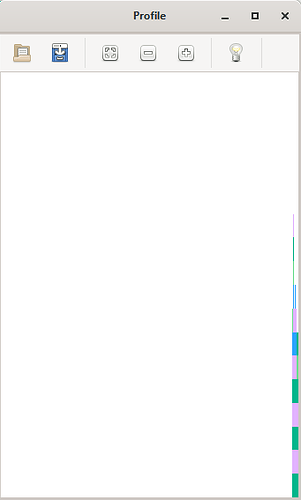 Are you living on the bleeding edge?

I seem to remember to have seen something similar recently. Went away a couple of days later. Profiled with an older version in the meantime.

You mean “back off on the version of ProfileView”?

For me it was the Julia interpreter/compiler (nightly build).

Edit: clarify where my problem probably was…

I don’t use a compiler. What else could it be?

I saw something similar a few years ago when running multiple julia threads: Profiling code reveals that most time is used calling 3 functions in task.jl.

Note that if you’re launching julia through the VScode julia extension it will start multi-threaded by default. At least that used to be the case.