I’m writing a Quarto document as part of a series of tutorials I’m writing, and will announce in a few weeks.

My Quarto document explains the basic ideas of differential calculus using nonstandard analysis. I’ve got a couple places where it would be useful to stick in some math characters… like a \theta specifically within the Julia code blocks… it doesn’t seem like there is any kind of tab-completion for unicode either in the text blocks or the code blocks in Quarto.

Anyone know any suggested method for entering unicode in Quarto code blocks or text blocks? Is there a convenient vscode unicode extension?

EDIT2: It worked once, then crashed again… I’ll look into it. Anyone else experiencing instability in the Julia Language Server?

This is the content of my Project.toml in the project directory. There are a bunch of bare null characters in the file which is borking the Language Server. I see that this is happening off and on in many of my projects! Anyone have any idea what’s up? 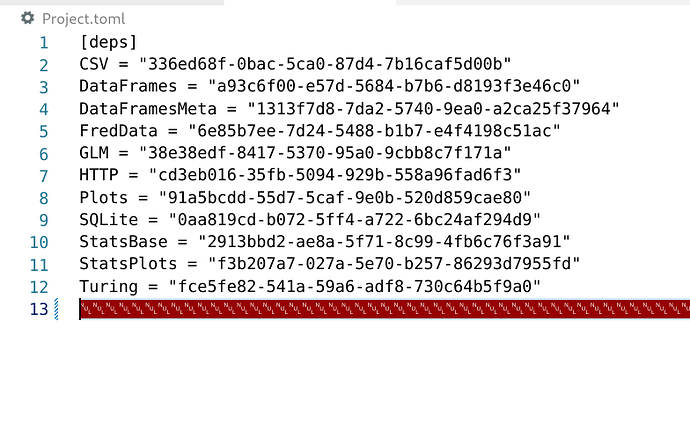