Hi everyone,
I’ve been using Julia for data analysis for a while now and I’ve always fancied creating streamlit-like data applications with Genie.jl. I’ve always found Genie complicated to use in comparison with streamlit, but then I saw this blog post about GenieFrameworks.jl and the macros @in, @out, etc. that it introduces: 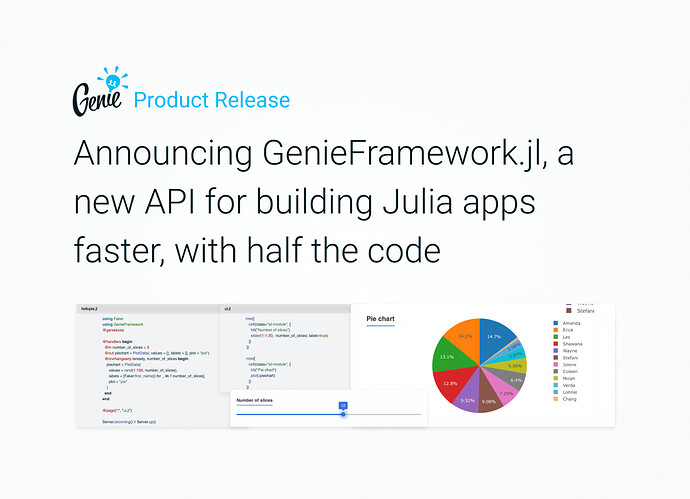 GenieFramework.jl 1.0. is a new meta-package with a streamlined API that helps you build Julia apps faster than ever, with less code.

The blog post itself already compares the lines of code needed before and after after this release for a simple data app, its beautiful! However, as an inexperienced Genie user, the explanations how to now build a data application are scarce. Is there a good tutorial around how to use this new upgrade to the genie ecosystem?

I really fancy using Julia as a backend to produce a locally-run data app, in an entirely julian environment (combining streamlit with PyJulia and JuliaCall hasn’t cut it so far, though it could be a really powerfull combination…)

Any help is appreciated, thanks in advance!