I’m using Pluto more and more for presentations, and like to include some videos, tweets or images to spice it up a little. While using embed codes from each website works fine, I started playing around with something along the lines of the Hugo shortcodes. The result is ShortCodes.jl, which is pretty basic, but serves my current needs. 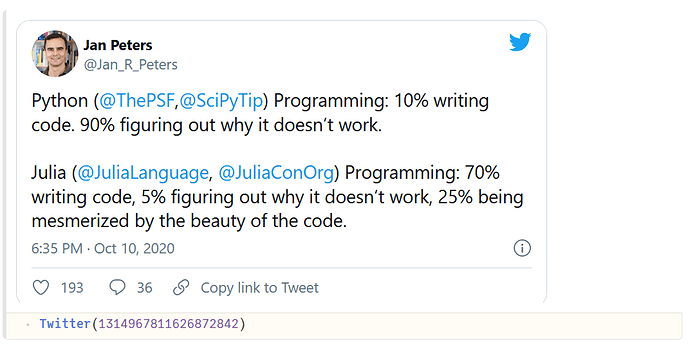 Let me know what you think, suggestions for improvements are welcome.

Isn’t it redundant to specify “flickr.com” for Flickr embeds?

Good point about Flickr, I guess since the API requires a url I just left it at that, but then so does Twitter. Perhaps the same trick could work for Flickr. I’ll have another look.

EDIT: The same trick seems to work for Flickr, did a minor update and now this should work: 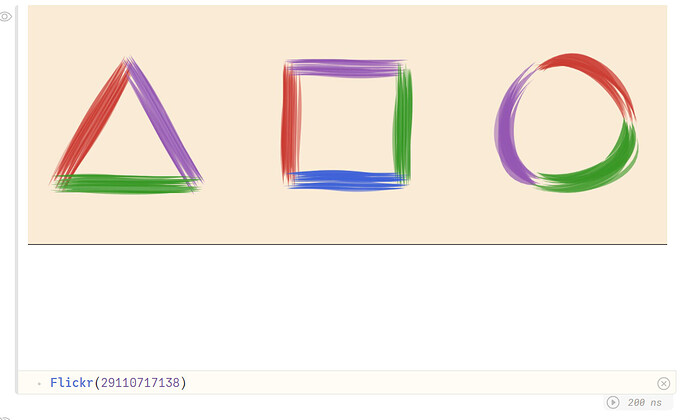 Any plan to commit an updated version of the shortcodes.jl compatible with the current version of Pluto?

I wasn’t aware there was a problem with newer Pluto versions. I just tried with Pluto version 0.19.19 on julia master and the first couple of things I tried worked as expected. Could you please open an issue on github with more details on any incompatibilities?

Hi!
The problem is that when I try to install ShortCode.jl using the Pkg.jl the version of Pluto is downgraded to 0.19.9. You probably need to update the github Project.toml file (?)

Oh, I see. ShortCodes.jl uses an older version of HTTP.jl, holding Pluto back. I’ve released a new version which should allow the same version as Pluto, please give it a try.

I typically don’t have ShortCodes and Pluto installed in the same environment, so I never noticed (just installing/using ShortCodes from the notebook).

Thank you for the rapid reply!
It’s working great!