Is there a way to change the transparency of the linesegments in a graphplot?

At the moment I have a graphplot that looks like this:

where the seems to be a white border around edges with a small width. I think I have previously removed this by setting transparent=true within lines!, but I’m not sure how to do this with GraphMakie.

If graphplot returns a plot type, you can look in its .plots field for the LineSegments and set transparency = true on that

Hmm, after some digging I found the LineSegments and changed the transparency to true, but this did not fix the issue as I thought it might

oh wait! it seems to just display incorrectly in the GLMakie window: 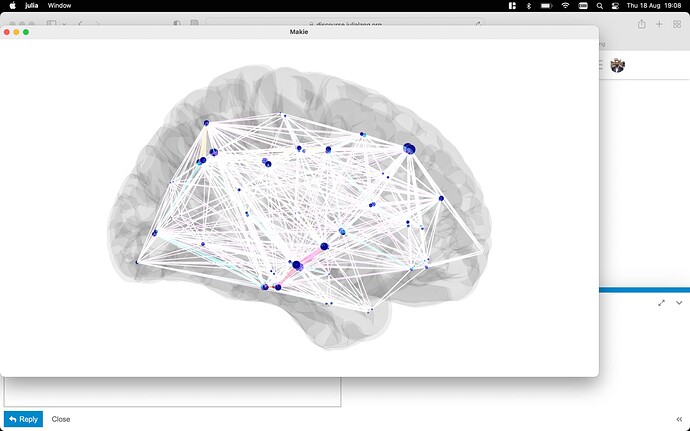 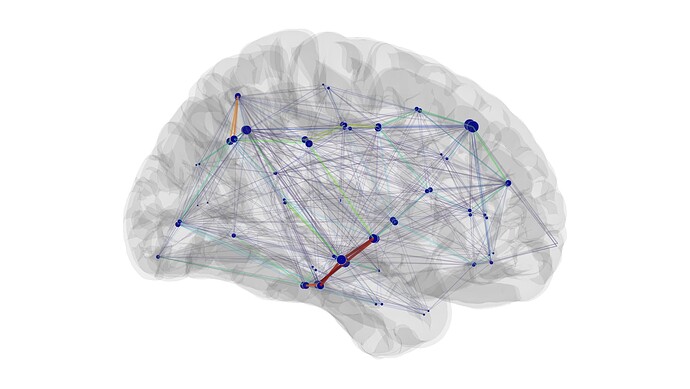 oh, this only seems to happen if it’s changed after the GLMakie window is open

Would be nice to change that, but that means you can’t change it after displaying right now…

You may also use the edge_attr argument and pass a named tuple to that, i.e. edge_attr=(transparacy=true;). With this you can pass arbitrary arguments to the underlying linesegments plot.