I am absolutely sure something like this has been asked before but I cannot for the life of me find it.

I’m currently working on a memory- and speed-efficient way to access the first 1 billion primes as part of a different project. The way I’m using is a 1.4GB Bitarray, which I then use findall to convert back to numbers.

This is acceptably fast (~20 seconds) for my purposes, EXCEPT I need to manually add the number 2 back to the front of the array, which more than quadruples the run time.

Since I know exactly how big the array I need is, is there any way to do something where findall stores its answer directly into a pre-allocated array, so that I don’t need to do 1 billion copy operations?

P.S. I’ve got a threaded version as well, which is a little faster, but I feel like it would still be much more efficient if I could just solve this problem.

First of all, you should use pushfirst! instead of push!. Most of the extra time comes from splatting. Secondly, you can just use a loop to avoid the extra allocations.

Also, the bitarray would be 1/3rd smaller if you masked out multiples of 3 as well as 2.

Do you mean loop through findnext? I think I tried that and it was still slower, but I’ll get an actual benchmark here in a second. I assumed findall had some hidden optimizations under the hood

Also, thank you. I have like 5 versions I’ve tried and pushfirst was among them. That was the one I was actually citing when I said “4x slower”

What I mean is just

This is also fairly easy to multithread if you also store a couple offsets for the nth prime for various n.

Well I’ll be danged. I swear I tried that already.

Fwiw, findnext seems to be just a bit faster, but they’re both well under 30 seconds

Thank you very much!

P.S. Yeah, multithreading is the next step, I just wanted to have a principled way of getting the solution first

If you want to squeeze out some extra performance, you could throw @inbounds at it, and @celrod might know of an easy way to get this to vectorize.

Any reason we shouldn’t have a findall! that takes an out array?

I appreciate it, but I only need this to be less than 30 seconds. This isn’t the project. The next set of calculations is going to take hours. I just needed this to be fast enough to be able to monitor the first step of the next thing without losing my sanity

If I can find a way to sensibly do so, I’m going to try to find a continuous analogue to the idea of

That way, I can make a full-blown animation between the different integer bases, as well as have an HD version of each frame. 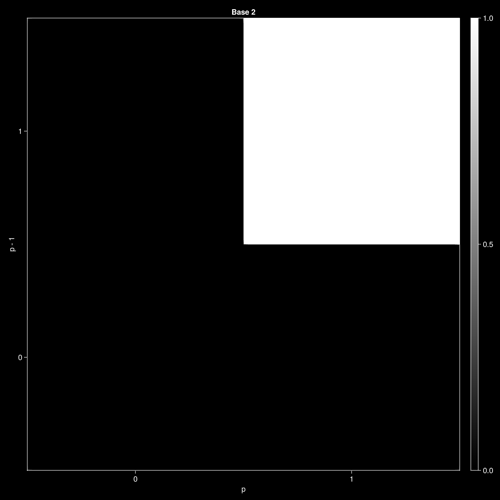 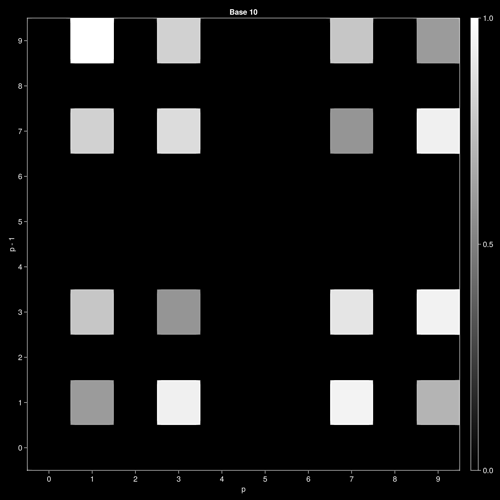 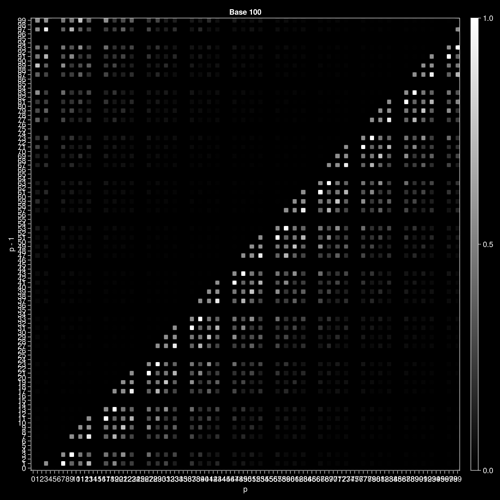 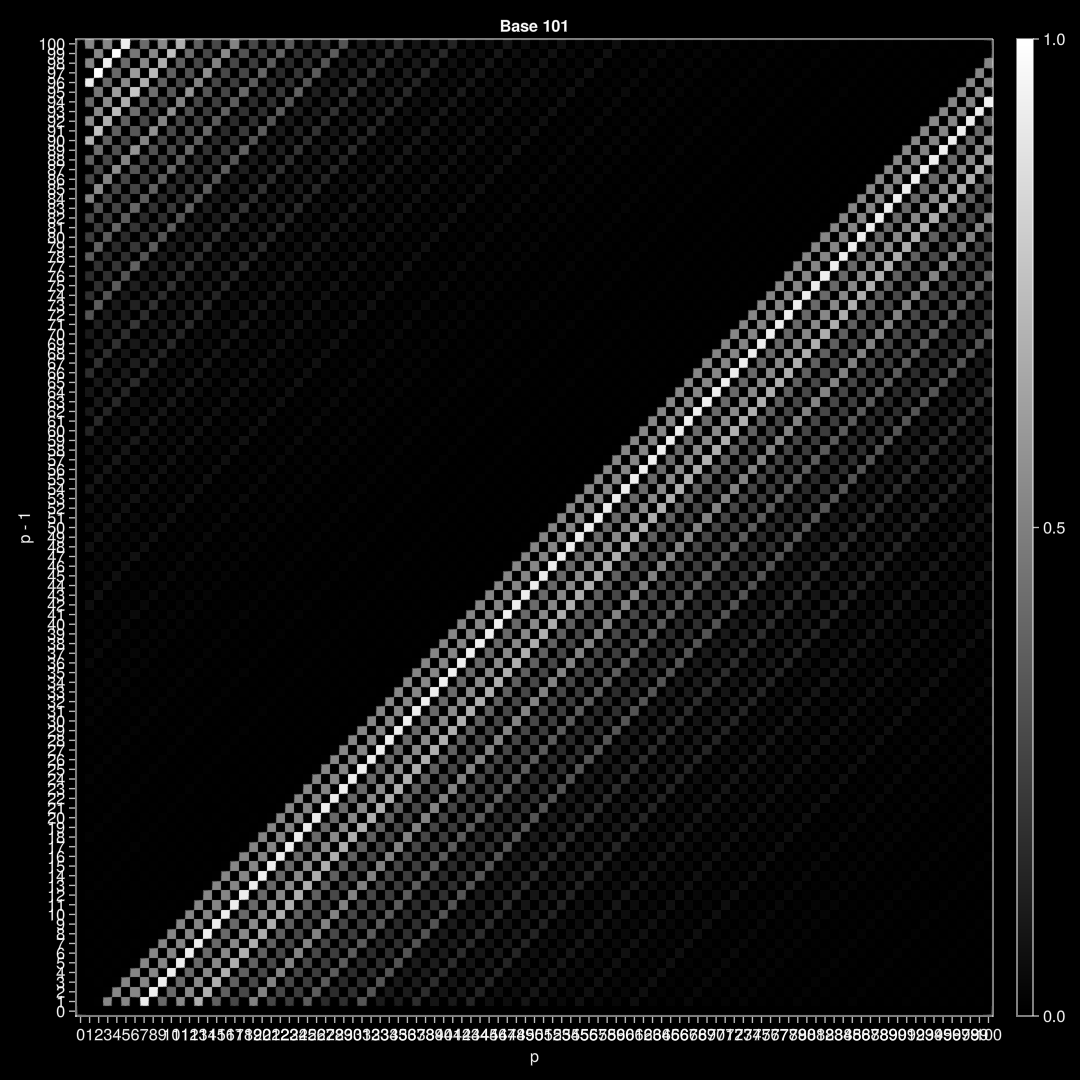 Interesting! I think you might be able to compute this efficiently from the bitmap directly. Specifically, I believe that this can be viewed as a convolution-like operation over the reshaped bitmap.

How do you mean? I had the word “convolution” flash across my mind while thinking about this, but I couldn’t come up with any sensible way to use it.

Fwiw, the loop using findnext even outperformed findall without adding the 2 back in by about 50%.

I’ll think on that and report back if I the continuous version I’m looking for.

Thanks again for your help!