Some games have already been made with Julia, I like to know if there’s a list somewhere or if there’s a good place to make a list. Since I got no response I made Introducing Julia/Games - Wikibooks, open books for an open world adding MuZero.jl and the list of games I had written about below, please extend that page.

I think Julia is as good as any language to make 2D games, at least not worse than Python. Though to get them to gaming audience is another story or alternative platforms like Android. I’m just thinking of a list for programmers, for mindshare, to know it’s possible, and for people to learn from.

Most, not all, are not registered but this one is:
pkg> add Gloria

GameZero.jl is useful and has some (now 5): 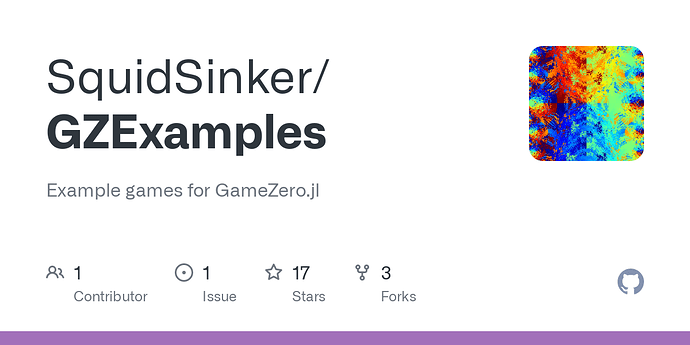 Example games for GameZero.jl. Contribute to SquidSinker/GZExamples development by creating an account on GitHub.

Some no longer install in current Julia (only older pre-1.0 version): 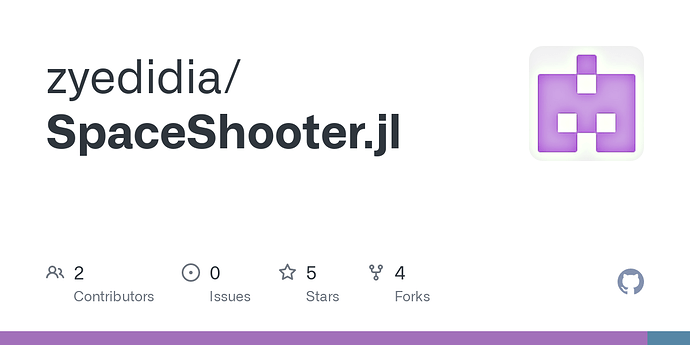 Contribute to zyedidia/SpaceShooter.jl development by creating an account on GitHub.

I’ve been in the game industry for 35 years, and have been playing with Julia. I think it’s a pretty solid language for using as a game scripting language -ie a replacement for things like LUA, C#, in-house languages, and I have integrated it into my distributed simulation engine. The ability to run at compiled code speed and easy integration with the mainstream game dev language (c++) are strong positives. The risks I would say are GC, and big issues about load-time compilation. I think the f…

Does anyone have a favorite Julia game? I don’t think I’ve seen a 3D Julia game yet, or at best I recall some 3D demo, maybe it was playable.

A list of useful software to build games would also be good, e.g.: 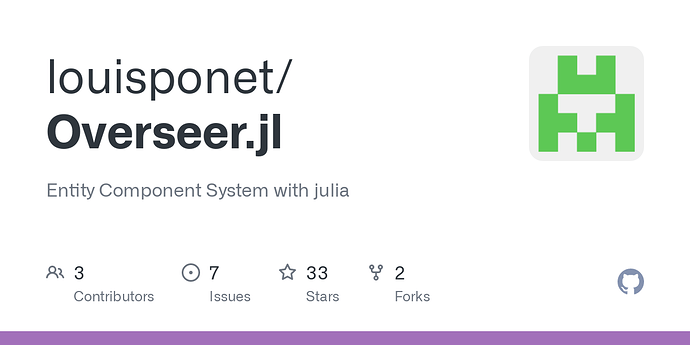 Entity Component System with julia. Contribute to louisponet/Overseer.jl development by creating an account on GitHub.

Very interesting and useful info, thanks!

I added a link at the top, also to MuZero.jl. I only knew of DeepMinds’s AlphaZero cloned, but now MuZero too!