on a cluster, where myfile.jl has the following form

However, when looking at the output, there are a few issues that make me conclude that something is wrong

Two more things that I can add

$nprocs is obtained in the pbs script through

I just thought of a possible explanation.

I thought that all variables used in the loops should have been declared under the @everywhere macro, so that’s what I did, including the initialization of the sharedarrays.

In this example differential equations - writing into shared arrays within a distributed for loop in JULIA - Stack Overflow,
they only declare functions and packages @everywhere instead.

Would it make sense if this is my problem?

You shouldn’t be mixing mpiexec and Distributed. As you have written your script now, every node starts a julia process, and executes every element in your for loop serially. Instead (assuming that you want to use Distributed), you need to invoke your script like normal, and call addprocs to tell julia about other nodes. 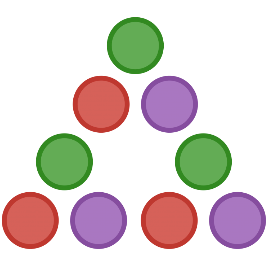 Contribute to JuliaParallel/ClusterManagers.jl development by creating an account on GitHub.

Hi, thanks for your answer

I´m only using cores on a single node, does it make any difference ? I remember having tried starting julia with the -p flag as would work on a desktop and it gave some errors that I don’t remember.
I will give this one a try.

First starting julia with one core, then adding more for within the session worked. Thanks