Interpreting output of Profile: Finding where code is called

I’m currently profiling an optimisation code that relies on Optim.jl and Zygote to calculate the gradients. Interestingly, about half of the runtime seems to be spent on creating and destroying tasks. My code does not use any multi-threading, and the optimisation library does not either as far as I could find.

I found out that the reported time spent in tasking really seems to come from profiling itself. Even for the following simple example it is visible:

Screenshot of the output (cropped at the top part): 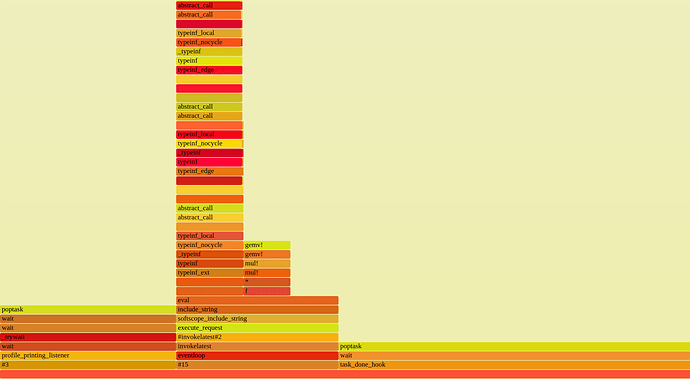