So cdf is apparently an array, and so is map? It’s easy to get confused, because those two are also the names of functions. In particular, I think you should change the name of the map array to make things less confusing.

Maybe you can try

So here, cdf is not an in-built function. Cdf is actually from my code as follows:

So image[i,j] is Already a type of UInt8. I don’t think it’s okay to use round(UInt8, image[i,j) because it will throw an TypeError.

If image[i, j] is already of type UInt8 then it’s not necessary to round or convert it, but it should work. But why are you trying to change things into UInt8, then? Just try

So I thought about converting it. So i casted UInt8, multiplying it by 255. Unfortunately, it throws the same error.

But then image isn’t a UInt8 array after all, but an array of Float32. Why can’t you use round like I suggested, then?

This is what I’m confused about.

Type of my histogram and cdf both are, Array{Float64, 1}

So I tried using round.() to my cdf, to convert it into UInt8. The plot is more like step side function, not a cumulative histogram.

So, the thing is, there’s apparently a lot of important information that we don’t have access to. In order to help, we need to know what all the different variables are, and what they mean. Perhaps you can read this Please read: make it easier to help you , before going further? Just the first post, not the whole thread.

Note that this code depends on a file local to your computer (bookstore_dark.tif), so it’s not possible for others to run.

That said, the problem still seems to be the one initially conjectured: your image object likely contains Float32 element, so when you do cdf[image[i, j] + 1] you are essentially trying to get the 1.3rd element of the cdf vector, which is not an operation that makes sense.

This isn’t the only issue in that loop though, as:

You can’t create an 8-bit unsigned integer from a vector. You might be trying to convert the vector into UInt8s, in which case you want to broadcast UInt8.([1,1]*255). Note however that idexing with UInt8 doesn’t work:

So given that you’re just using the result of this UInt8 construction to index your out array, it’s probably best to forget about this altogether.

Where does out come from? It has to be initialized somewhere.

So your problem is indexing. We don’t know what your image is, so that makes it harder, but at least we can point out things that do not make sense:

If image is an array of floats, then UInt8(image[i,j] * 255) is unlikely to work, since UInt8 can only convert integer values:

Therefore I think you should round or truncate instead of convert:

In fact, when indexing you should normally just use Ints instead of UInt8.

So you can try

but, I got the impression that image[i,j] isn’t a normal float, but a RGB type, and I don’t know how to handle them.

Here you are trying to index into cdf using the contents of image[i,j], and since that is not an integer, you cannot use it for indexing.

And then there’s this:

I understand now how it works. Thanks!
i just found i missed something in my histogram function.

It’s still not possible for us to know what image[i,j] contains, but FWIW note that 1 is a literal that automatically gets parsed as Int (Int64 on most systems):

I don’t understand why you think you need the UInt8() conversion here, but adding 1 to the result of UInt8() makes this conversion superfluous anyway due to type promotion that happens when adding a UInt8 and an Int:

Again, this is not a good idea, since you will get an error unless image[i,j] * 255 is exactly a whole number. Therefore, you should use round or trunc instead.

I understand now how it works. Thanks!

which doesn’t make sense to get a histogram. so i updated that line to

The explanation for using UInt8 and multiplying by 255 is explained my tutor as follow,

You need to cast like this in order to use the image values for access. The internal representation uses Normed{UInt8, 8}, since this corresponds directly to the underlying data representation (UInt8), but also behaves like a floating point number, so you can do useful calculations on the images without converting between representations.

and the image is Gray image

i couldn’t upload the image as it’s in .tif file.

But you’re doing it here:

Since you don’t provide any example image data, it’s difficult to say whether what your tutor is saying is correct, but it looks strange to me. As far as I understand image[i,j] * 255 will be a Float32, and in that case there’s no obvious need to use UInt8, but I guess no harm, either. But I am very skeptical of using UInt8() instead of round(UInt8, ) or trunc(UInt8, ).

Okay to reduce the confusion I went ahead an installed TestImages. Here’s what’s happening (I think):

So image is an array of Gray{Normed{UInt8,8}} elements:

If you multiply those by an Int, as you do, you end up with:

that doesn’t work for indexing, you need an integer. You converted this back to UInt8:

but then you’re directly adding a 1, which as we said is just a literal that gets parsed as an Int64, and adding that to your UInt8 just gives you a regular Int:

So this is essentially the same as doing:

Thanks for looking that up.

guaranteed to always be a whole number?

I don’t know enough about how images are represented, but there might be something about the Gray{N0f8} that means it holds discrete levels of 255 shades of gray which will always be an integer between 1 and 255 when multiplied by 255?

@DNF I noticed once of your reply saying, where the below code is initialized.

Dumb me, I didn’t do that. Now I initialize with,

As I already initialized out with UInt8, I don’t need to do the conversion again in the code. So now I can change the line to 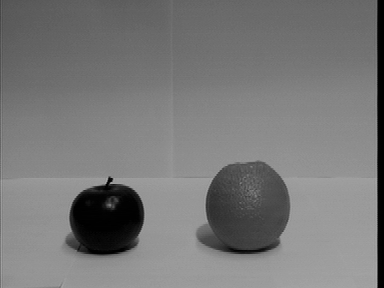