This project release comes with a great number of performance improvements and fixes, including treatment of missing values, corrections in geometrical algorithms and more. We highly recommend updating if you are using previous versions. 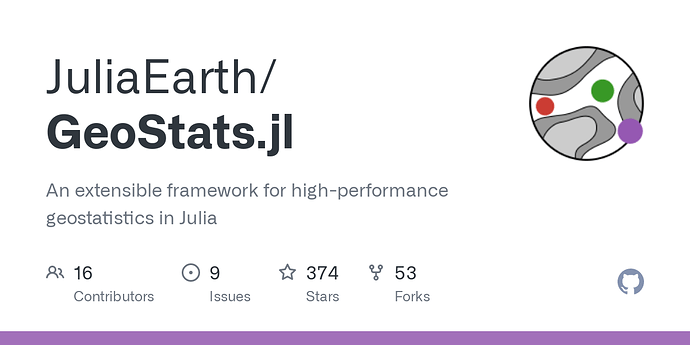 We did split off the packages GeoStatsPlots.jl and GeoStatsViz.jl for visualization of objects with either Plots.jl or Makie.jl (thank you @eliascarv for helping out with the split

). Now users need to import these packages explicitly to produce visualizations with their preferred software stack.

If you like figures like myself, here is an example of Gaussian simulation over a 3D brain model (>1M voxels) from the Stanford volume data archive. Each realization is generated under 1sec 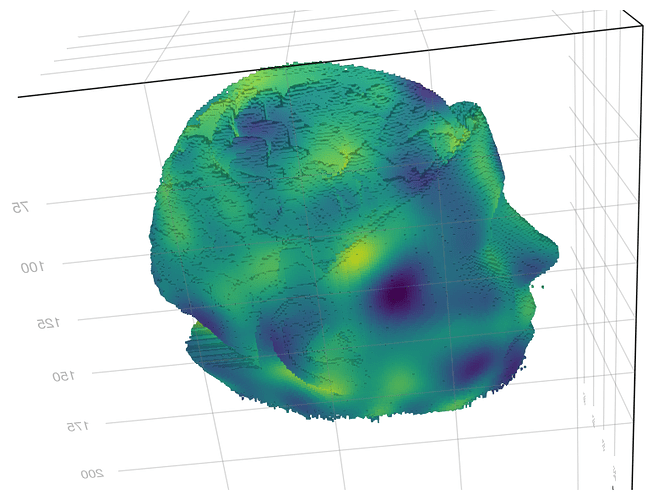