Is that close enough: 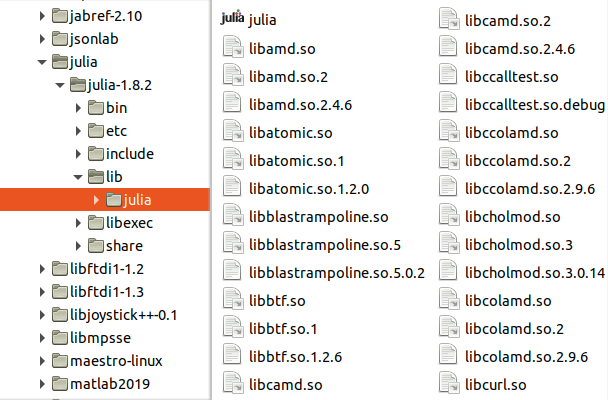 Yes it is. Happy to see that after decades it finally catch up

being backed up by a big company which addresses issues like security and bugs for the whole eco system.

Well, it is exactly the other way round: MS$ addresses bugs in the OS, but NOT in the applications from other vendors. If you use Ubuntu you get updates for the OS AND the apps whenever you want (or automatically, if that is what you prefer). You can even get online kernel fixes WITHOUT reboot (see: Ubuntu Livepatch Service | Security | Ubuntu).

A very good point. My main computing system is periodically updated, yet it hasn’t been rebooted since 2017. My Windows machines needs to be rebooted on a weekly basis to keep them sane.

You mean the Windows file explorer is catching up with the Linux ones! The kind of pictures you just saw was already feasible in Linux 20 years ago!

I personally use Windows and Linux pretty much every day (Windows for work, Linux personal) and have done so for more than 20 years, and in my experience the windows file explorer is and has always been playing catch up with what is available on Linux! Even Nautilus, which by all objective standards is far from the best file explorer on Linux, blows the windows one deep in the water on all fronts, whether looks, abilities, speed, etc. Nautilus even has a bulk renamer that is not half bad! Where is Windows’s?

Anyone who thinks the Windows file explorer is better than what is available on Linux is confusing familiarity with quality, or suffers from Stockholm’s syndrome!

Not even a single bit of information in this thread, including (and in particular) the original post is related in any way to Julia programming language, does it?

Why not discussing if this or that operating system is more suitable/convenient/performant with Julia for this or that subset of scientific computation. However, it is not how this thread was started and how it has been evolving, is it?

Sincerely, it is like that since the times I had to compile the kernel to support multiple CPUs… 20 years ago. 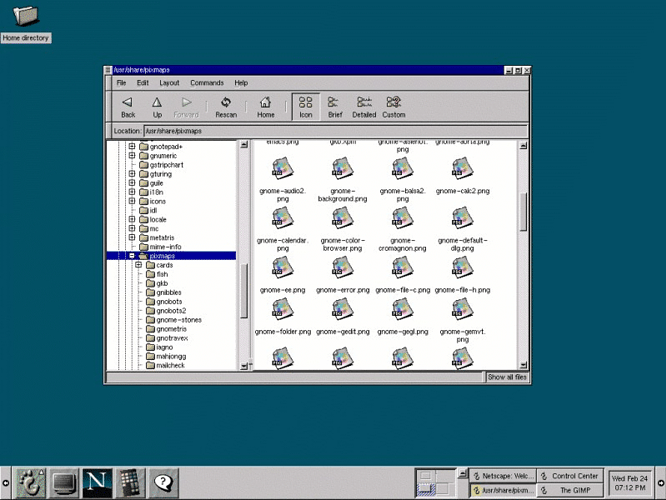 The icon size was always configurable…

Well, Julia is a little bit more enjoyable on Linux than on Windows.

Installing packages on Windows can be slow, mostly due to virus scanners and to the weakness of Windows to handle massive operations on small files well.

GTK.jl had some problems on Windows, I think they are mostly solved, though…

Installing and using git on Linux is easier, no extra bash shall needed because that is the default for many Linux distributions anyways (well Ubuntu uses dash, but git works also fine with dash).
Using jill.py is easier on Linux because Python is usually pre-installed.

Less confusion on Linux when using shell commands because on Linux you usually have one (pretty good) shell, on Windows three (DOS, PowerShell and git-bash).

Nice example thanks. This is exactly what I was referring to. See how many file names are displayed on the right side, 20 files, (huge space occupied by each file name) as compared to the examples above where in the same space there could be shown 3 to 4 times more without loosing the readability.
But I think it’s really no point continuing this discussion.

But that’s exactly how it is on Windows by default as well! You also have to change to list view to get small icons. Just like on Linux. Changing that is just a click away, in both cases.

you also have to change to list view to get small icons.

Well, in Nemo you have three different views:

Not sure if that is the same with Nautilus and Windows…

AFAIK Nautilus has icon view, list view (which can use two columns when possible) and detailed view, which adds useful information like modification date, size, permissions etc (customisable). I say AFAIK because the first thing I usually do when I set Nautilus up for the first time is switch to detailed view for all folders. So I’m not sure if it has anything else.

The options are there on the screenshot. That is the file manager from 25 years ago. Note the “Netscape” icon. That’s pre-firefox era.

GTK.jl had some problems on Windows, I think they are mostly solved, though…

Is it (or Qt with Julia) very good, or good enough on Windows?

I believe for best programming for best GUI support on Windows, then Julia may not be your language, and whatever you do would be Windows only. If you want cross-platform GUI support, then Julia is at least as good as other languages? For that might mean though using web tech, and Julia also as good for that (with JavaScript), I believe.

I think part of your confusion may come from assuming/thinking that there is such a thing as a “Linux File manager” in general, and assuming it’s the same one as whichever one you experienced years ago. Different flavors of Linux come with different file managers, and you can easily switch them out for the ones you like the most.

I used Windows for 15+ years, trying out Linux every now and then during that period and deciding to stick to Windows at that time. The Windows Explorer is the first file manager I used, and the one I’m most familiar with.
And I still think Dolphin - the default file manager for the flavor of Linux I use - blows it out of the water in terms of usability and customizability. I would still recommend Windows or Mac for a non-developer user for a bunch of reasons - but the Explorer is definitely not one of them.

Thanks for this educated opinion. I only miss two things in Explorer (and I have tried alternatives as they showed up along the years, even NortonCommander), tabs and a decent finder like it had in the past.
But the Explorer is not the only thing that holds on Windows. Others are:

Stability. I develop/maintain a program that still compiles with Matlab 6.5 that is more than 15 years old. Imagine that on Unix (not only Linux) where dependencies breaking is such a normal thing? (but ofc, since I don’t know what I’m talking about I must be mistaken on this too)

As far as the kernel APIs are concerned, stability is great. As I understand, gnu-libc is stable, but not as stable as the kernel. Other than that, you should be able to compile any program from 30 years ago, but effectively you would need to deal with dependencies and libraries manually to be able to do that.

Still, basically any program written in a gcc supported language, that does not have dependencies outside core libraries in Linux, should compile without problems.

My windows reason is the GUI user interface of tortoiseGit

SmartGit – Git Client for Windows, macOS, Linux is a good, commercial cross platform GUI for Linux (free for private use)… I am still using it sometimes, but most of the time I happy with the command line, the gitk GUI and the git tools in VSCode…

I use Linux most of the time, but I’m bothered by how scientific computing courses in universities often mandate a Unix-like environment rather than teaching a cross-platform approach to problems. Julia handles OS-independence very well in this regard.