Hi everyone and a happy new year!

In one part of my code I have a vector v whose elements have different types.
Additionally, I have a function f with different methods for all the involved types and want to call this function on the elements of the vector, let’s say I want to compute sum(f(x) for x in v).
What is the best/fastest way to do this?

There are three things I have tried so far

So I guess in the in the end I have three questions:

I am grateful for answers to any of these questions!

Here is some example code I used to benchmark this 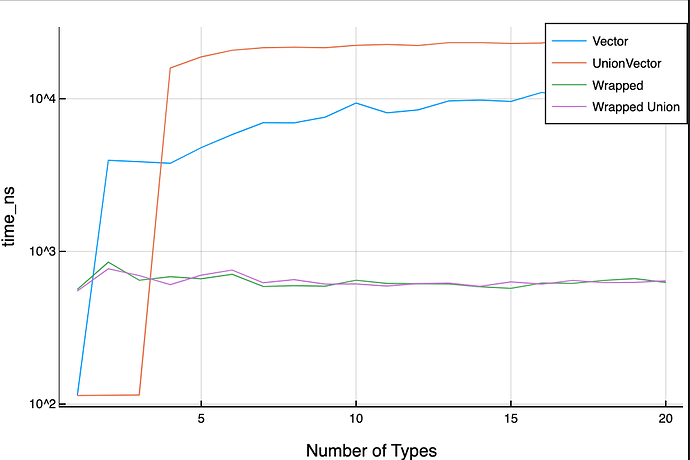