Are _symmetric_ multimethods worth it?

Multimethods are awesome. I think anyone who’s interested in Julia will agree with that. But I would like to ask an “out there” question: are symmetic multimethods - vs non-symmetric ones - worth the trouble?

Reasons I’ve found in the literature to prefer symmetric multimethods:

(That’s all I could find. If anyone else can point me to other explanations, or indeed papers that discuss the issue of symmetric vs. non-symmetric MM, that would be kind.)

I’ll finish off by saying that it appears that a lot of very smart people gravitated quite decisively to symmetric MMs, despite the manifest difficulty for language implementer. Since they’re likely a lot smarter than, I’m probably missing something.

I invite you to set me straight

[Oh, and sorry for asking a question that’s only perhaps tangentially related to Julia. I hope it doesn’t bother the community.]

I’m not sure what exactly you mean by a symmetric or asymmetric multimethod, but some googling suggests that it’s a strategy whereby method ambiguities are resolved in some asymmetric way, usually left right ordering E.g. if I define

in julia, this would result in ambiguities:

but in a system with asymmetric multiple dispatch, it might say break ties by going left to right in the arguments, so in this case, since f(x::Int, y) = 1 is more specific in the first argument, this is the method that gets called.

Is this what you meant?

I think this is an interesting approach to resolving method ambiguities and it makes some sense to me as a general strategy for approaching this. I could definitely imagine it can lead to some undesirable effects though even if I don’t have a concrete example in mind.

I think currently, due to single inheritance, method ambiguities aren’t a gigantic problem in julia, they’re annoying, but not show stoppers. However, many people would like a native trait based dispatch system and with that I’m sure we’d almost immediately end up in ambiguity hell without a way to resolve them.

Yes, @Mason , that’s exactly what I mean. Non-symmetric multimethods are still fundamentally multimethods in that dispatch is dependent on the types of all the arguments passed to a method. Where they differ is that non-symmetric MMs progressively constrain the set of permissible methods from left-to-right. OTOH, in symmetric MMs the order of the arguments is ignored, and only the relative specificities are considered. (This is obviously results in more errors in the symmetric case - which is often proffered as an advantage - but I would argue it’s a double-edged sword.)

With non-symetric, how would you be able to specialize matrix multiplication on the structure of the second argument? (Ie mul(X::AbstractMatrix, Y::SparseMatrix)). I think you would have to write separate copies of the method for every type of AbstractMatrix.

I think currently, due to single inheritance, method ambiguities aren’t a gigantic problem in julia

So IIRC there was an excellent talk by none other than Jeff where he illustrates a circular inheritance graph involving Float, and also points out that the Julia compiler does the tie-break thing I mentioned. I was hoping someone from the Julia team can either confirm or tell this isn’t the case.

With non-symetric, how would you be able to specialize matrix multiplication on the structure of the second argument? (Ie mul(X::AbstractMatrix, Y::SparseMatrix) ). I think you would have to write separate copies of the method for every type of AbstractMatrix .

With asymmetric dispatch, the asymmetry is only for breaking ties. E.g. if there would be a MethodError due to ambiguity, then you look at the order of arguments.

It’s worth pointing out that we used to proactively warn on ambiguous cases. But in many cases you don’t need to worry about ambiguities unless they’re called.

In many cases method extensions are about optimizations… and in such cases there may be a better option as to which of the ambiguous methods should be called. It’s not at all obvious which one will be the better choice, but there are times where I wish we just picked one instead of erring since I often care more about the behavior than the performance. At the same time, I’d want to be able to manually specify which one is the better option or implement a combined optimization.

As a simple example, I can implement: (::AbstractMatrix) * (::AbstractVector) in a very generic way. I can further implement a SparseMatrix, OneHotVector, and specialize some * methods for them:

Now we have an ambiguity if we ever call (::SparseMatrix) * (::OneHotVector). Which should win? Well, in this case, it’s probably the OneHotVector method that will do best because its implementation will happily hit the getindex method that SparseMatrix has provided. But the situation could just as easily be reversed.

There is another case where it’s the behavior that matters — and it’s not a simple optimization. A similar construction can be made for (::Number) * (::Unitful) vs. (::Number) * (::Interval). What should happen if you ever multiply a Unitful value by an Interval? Do you get a Unitful{Interval}? Or an Interval{Unitful}? They’re subtly different and behave differently… and will likely need special handling.

Thanks for your informative answer. I agree with everything you say, but it’s not clear to me that your reply constitutes a substantive argument for symmetric MMs.

To answer your questions…

Now we have an ambiguity if we ever call (::SparseMatrix) * (::OneHotVector) . Which should win?

I would have thought 2 is preferable – it’s not optimal but at least it compiles. Are you arguing otherwise? I want to point out two things in this context.

(Ad 2, I just thought of that; very possible that I’m wrong or missing something.)

Ok, now for your second question. The answer is Unitful{Interval}, at least in “my language”. If you flipped the order in your question, Interval{Unitful}. Again, in Julia, the answer is: error.

Note that some interfaces have explicitly been designed with this restriction in mind — and I think it drastically simplifies things. For example, getindex(A, I...) first dispatches on the indices (to allow for custom index specializations that return a typical index) then dispatches on the array itself. This is a case that doesn’t naively work in either system.

He told me a year or so ago about how he was resolving ambiguities.
By having two classes of method.
I am going to call them regular and gold.

Rule 4 gives regular methods our current behavior, so it’s a nonchange, and means when things are not clear then they are not clear.

Rule 3 makes gold class methods achieve what you want when you favour behavior. All gold class methods must do the same thing, or the behavior of the program is undefined.
The weakness here is you can’t enforce this because halting problem. Though you can lint it with decent heuristics.
I guess for testing/debugging purposes a way to force a choice and then a testing tool to force each choice in turn and test them.
In a lot of cases it doesn’t need to be strictly identical anyway.
E.g a NamedDimsArray{TrackedArray{Array}} and a TrackedArray{NamedDimsArray{Array}} are different types but they behave identically. Both just insert some independent bookkeeping steps to a bunch of operations before delegating to a method on the wrapped array, and then rewrapping.

Rule 2 that gold beats regular comes from this. Regular methods are not making as strong a claim about how universally correct their behavior is. So favor gold ones.

This is really interesting, but rule 2 feels backwards to me. If you have a method that does something different than the canonical implementation, that difference in behavior is probably a matter of correctness.

Rule 2 says nothing about behavior.
None of the rules do, except rule 3 which implies says if behavior differs program is undefined.

Hitting rule 2 should be rare in practice, because semantics when defining a function you should generally want either rule 3 or rule 4 to apply. So all methods should be gold or all should be regular.
Main advantage of rule 2 is it gives in upgrade path to handle a old package that doesn’t use gold class methods to still interact with a new package that is ambiguous, and still get a answer out

Remember also we can’t dispatch based on if methods actually have the same behavior or not.
Because that can be reduced by to halting problem.
(Define ambitious methods where one is the query, And the other is return 1 )

Aside:
If the compiler is allowed to just choose which method to apply in cases of ambiguity then there are all kinds of fun options.

Good question! This is an interesting topic. I don’t have that much better an answer than “left-to-right dispatch seems arbitrary to me”. The strongest argument might be that it’s better to get an error than to silently call a slow fallback method. Method errors are actually really important: they’re the primary way we have to answer “what methods should I implement?”, so the more errors we give, the more “helpful suggestions”

I suspect you have to define separate compilation pretty narrowly for this to be true. My guess would be that this holds if you insist on statically finding all possible method errors. Whether there is a method error depends on which compilation units are loaded (since adding methods can introduce ambiguities), so you can’t analyze them separately. Fair enough, but personally I don’t really care. I will still separately compile whatever I want to, and nobody can stop me

In Julia, my understanding is that in certain ad-hoc cases, specific tie-break rules are inserted, simply to avoid annoying the crap out of users.

Those rules can’t generally be replaced with the left-to-right approach, for example making Union{Int,String} more specific than Number.
You can also have ties within one argument e.g. f(::Tuple{Int,Any}) vs. f(::Tuple{Any,Int}). Perhaps that’s another reason left-to-right seems arbitrary: it makes the arguments themselves too special, when at least it would seem that the rule needs to be recursive somehow.

there was an excellent talk by none other than Jeff where he illustrates a circular inheritance graph involving Float , and also points out that the Julia compiler does the tie-break thing I mentioned

That is true, but the way we handle it now is to consider specificity after filtering out inapplicable methods. I believe that makes such cycles impossible. It’s just that you can’t consistently order methods only by their signatures. This issue can also exist within a single argument, so isn’t solved by left-to-right.

maintains his own multiple dispatch library

Is this open sourced? I see that there are a few multiple dispatch libraries for python. 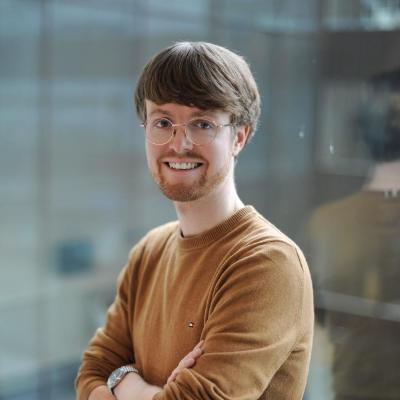 Multiple dispatch in Python. Contribute to wesselb/plum development by creating an account on GitHub.

nb: I make no promise that what I described is what that does.
Because I might have got it wrong, or it might have changed since he described it to me.