I’ve been demonstrating some Julia code for scientific data processing
running on a Raspberry Pi. My message that the same code works on
both high performance compute clusters and low end embedded systems
seems powerful and compelling.

What’s the smallest / cheapest / crappiest computer that I could use
to run Julia code?

Nvidia Jetson Nano runs Julia, and has a GPU… I would not call is small and crappy though!
Pretty mind blowing though that you can run CuArrays on something costing around 100 dollars.
I think this topic has been debated here before, in the arena of Julia on embedded systems.
I GUESS the answer is the smallest system which can support an LLVM compiler, though I could be wildly wrong.

Have you tried to install DifferentialEquations on the Nano? I tried that on a Raspberry Pi with only 1 GB of RAM, and it was unacceptable in my opinion (I think it ran out of RAM during precompilation). The Nano has 4 GB, so?

I have started testing Olimex Lime2 for some instrument controlling applications: 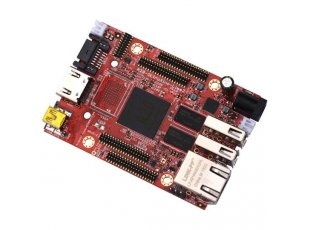 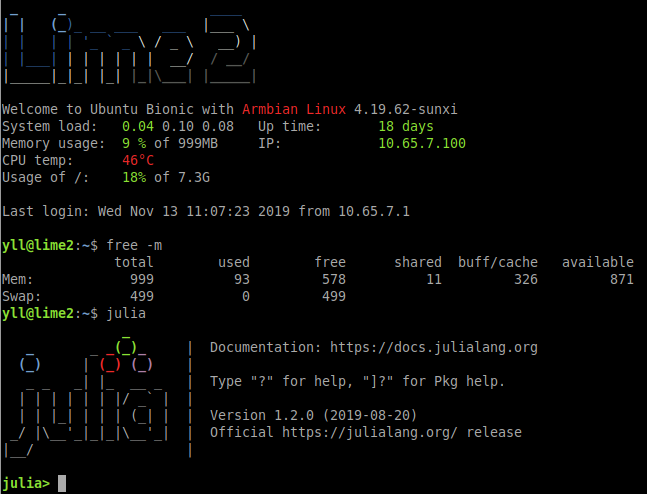 Building and precompiling is of course (painfully) slow and 1GB RAM seems to be the bottleneck. E.g. when I am trying to load Mux and Interact, I get stack overflow error:

Maybe more than 2 GB is needed for any practical use…

What’s the smallest / cheapest / crappiest computer that I could use
to run Julia code?

Just saw a posting for this: Raspberry Pi 400 and Accessories

It’s a raspberry pi bundled into a keyboard. Maybe not best for system on a chip but the thing is so neat I had to share it somewhere.