Usage of subdirectories to store multiple packages in a single repo

According to Registrator.jl#287 and Pkg.jl#1422 merged pull requests, several packages can now be organized as subdirectories of a single repo. However, I have not been able to found any detailed docs, which would explain how to use this new functionality. As a result, I would like to ask a number of questions here, on discourse.

The help is appreciated.

Many/most of these questions can probably be answerd by this: Packages in subdirectories are just regular packages. They just happen to live in the same git repo.

Yes they need to be packages on their own with Project.toml, src/Package.jl entrypoint etc. Probably this structure makes the most sense:

Is it possible to have shared docs or tests for the packages in subdirectories?

Not sure what you mean – they are standalone packages. On the repo-level if you want some common tests you can structure it like this maybe:

(but Pkg.jl doesn’t understand it so you must organize it yourself).

If the packages in subdirectories depend on each other, how imports should be organized?

Since they are standalone package the same mechanism as if they were different repos.

How does one register a subdirectory package?

How does one add a subdirectory package to an active environment?

If it is registered just like a normal package. If you add by URL you specify the subdirectory after :: add url:/subdirpath

it possible to reregister SomePackage so that it points to a subdirectory now?

It’s probably easier to put SomePackageBase in the subdirectory, you don’t have to change as many things - especially the repository name and URL.

Docs are the thing I would definitely combine, there is not real point having separate docs, it’s probably worse for users as well.

See ModelParameters.jl for an example of this setup - a subpackage included in the main docs: 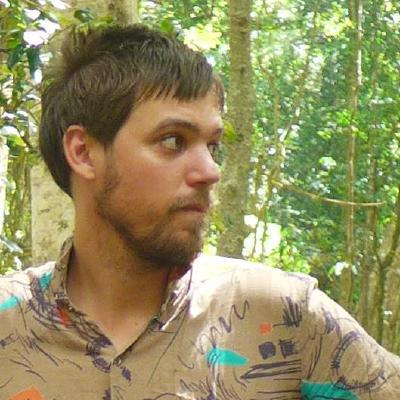 Could you please point out what is the procedure to do that.

All Julia 1.x versions can use registered packages that live in subdirectories but complete support (Pkg.dev and similar) requires Julia 1.5 or higher.

You can find some discussion related to this in https://github.com/JuliaLang/Pkg.jl/issues/1251.

Many/most of these questions can probably be answerd by this: Packages in subdirectories are just regular packages. They just happen to live in the same git repo.

If the packages in subdirectories depend on each other, how imports should be organized?

Since they are standalone package the same mechanism as if they were different repos.

It seems to me that, until SomePackageBase is registered, you would have your master branch in a broken state, where you can’t even run the tests. Is such a problem really inevitable?

Maybe a hacky fix would include a Manifest for SomePackage temporarily, in which you point out that SomePackageBase is deved in a subdirectory.

Git tags have no consequence for Julia versions. The version number is decided by Project.toml and the registry addresses versions by content hashes (specifically git tree hashes), not git tag names. Relevant git tags are helpful for humans interacting with the repository, but that’s all.

Do as you would if SomePackageBase lived in a separate repository, make it work and register it, then switch SomePackage over to use it.

Do as you would if SomePackageBase lived in a separate repository, make it work and register it, then switch SomePackage over to use it.

I must admit that being able to house multiple packages in these new “multi-package bundle repository” is a great organizational tool that does greatly ease the number of commits & pushes a developer needs to execute (Thanks to everyone who worked on this).

But…
(And @tim.holy: Please correct me if I am mis-interpreting your point here.)

if you want to bundle up & deploy multiple packages with a long string of dependencies, you still need to manually sequence up the registration process of all these packages.

For what it’s worth, I do think this is a likely scenario because personally, I would tend to use a “multi-package bundle repository” to “bundle” together a cluster of related packages with potentially tight dependencies.

Even though, at this point in development, the interfaces for this particular “package bundle” are probably very stable, and a cascade of registrations would probably be infrequent.

My personal belief is that “package bundle” registration would be much simpler if all packages were registered simultaneously, using a common revision number.

You’re right that the registration step is still sequential if you use JuliaRegistrator. You can use @GunnarFarneback 's wonderful LocalRegistry:

to locally (on your machine) register all versions of all packages, and then submit a single PR to General manually. To do this, you’ll need a git checkout of the general registry.

An example of such a PR is here: SnoopCompile v2.1.2 by timholy · Pull Request #23132 · JuliaRegistries/General · GitHub. I squashed the changes made by LocalRegistries into a single commit before submitting it.

The main hangup: someone needs to manually merge the PR.

Thanks for pointing that out. I was unaware that building local registries like this was a practical means of registering multiple packages simultaneously.

At some point, I thought I saw either @GunnarFarneback or @fredrikekre suggest that an automated flow could eventually be developed to achieve simultaneous registration. I wonder if the methodology you just outlined is the goal, or merely a temporary stepping stone (looking at a roughly 1 year timeframe, I suppose).

The main hangup: someone needs to manually merge the PR.

Would you say that this methodology is more convenient than registering the 2 packages manually? I ask because it almost seems as if the local registry solution only becomes the more convenient approach once we need to register a chain of 3 or 4+ packages. It might also depend on how long it takes for github CI to greenlight your builds (if you tend to be extra diligent).

I wonder if the methodology you just outlined is the goal, or merely a temporary stepping stone

The latter, I think

(looking at a roughly 1 year timeframe, I suppose).

It could probably be pulled off in a couple of days if someone decided to invest the time. It doesn’t require changes to Julia or Pkg, I think, I imagine it is only a matter of changes to JuliaRegistrator.

Would you say that this methodology is more convenient than registering the 2 packages manually?

For two packages, no, and lately I have been registering them sequentially. I think I started it before JuliaRegistrator could register subdirectory packages.