ubuntu deployment of up to date version

I need to automate deployment of julia for 800 hosts for a University.
On latest Ubuntu LTS, when I apt install julia it tells me to snap install julia. 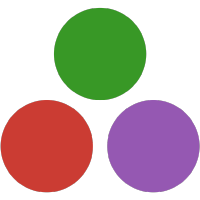 That’s strange because the package is marked as official, so why isn’t it up to date ?

Distribution specific installations are not maintained by julia developers - I’m curious how that account got a “verified” state in the first place.

The only supported binaries are provided on Download Julia.

Ok, but those are static installations.

On previous Ubuntu LTS, there was julia package in main repo.

I’ll wait for the jammy version.

That too is not maintained by the julia developers (I believe that particular one is/was maintained by the debian community(?), which recently got removed for being unmaintained). Distributions repackaging julia with custom libraries quite often run into usage problems due to distributions not shipping the patched dependencies julia itself ships with.

The only official venue for binaries is either the linked download page or the releases on github.

The Linux and Mac versions [OF JULIAUP !!] are prerelease versions that should not be used in production environments.

I think you should give 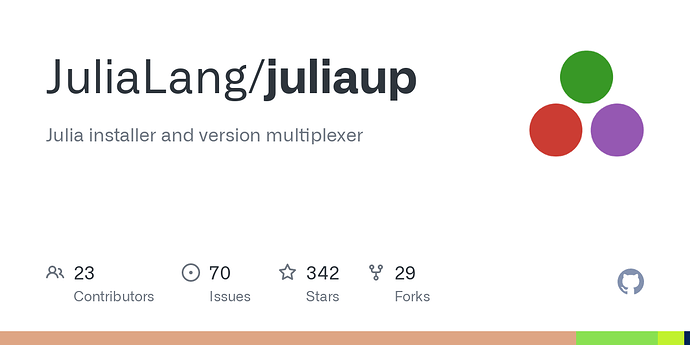 Julia installer and version multiplexer. Contribute to JuliaLang/juliaup development by creating an account on GitHub.

a try.
It would certainly be great to have your feedback on how it is working to overcome the prerelease status of juliaup for linux. I ping @davidanthoff for his attention.

I see you’re behind the change, so first, thanks, so I do not sound ungrateful: 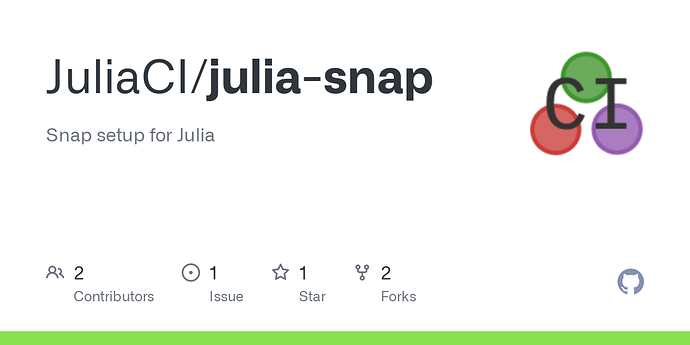 Snap setup for Julia. Contribute to JuliaCI/julia-snap development by creating an account on GitHub.

LTS is a step up (still the wrong Julia version for most users), but at least the old snap was a trap, gave you 32-bit Julia on 64-bit OS, leading to cryptic error with PyCall:

The most recent version of Julia in the official Debian repo is 1.5.3 while the …current LTS is 1.6.4. Given the fact that a lot of people will try to install Julia from the official repos first and how easy is to create a snap from the official binaries in contrast to building debs, it would be convenient to maintain a snap version and eventually drop the outdated package in Debian. Some of previous problems: 1. Problem of getting the Julia 32 bit in a 64 bit machine - is just some small error in the snapcraft.yaml, [julia-mrcinv](https://github.com/mrcinv/julia-snap/) seems to work. 2. Snap Store bureaucracy - There is a need for manual approval to get [multiple channels ](https://snapcraft.io/docs/channels)(eg: stable, lts) and to publish the app using [classic confinement](https://snapcraft.io/docs/reviewing-classic-confinement-snaps) (instead of the sandbox permissions), both can be a one time thing, allowing to automate the following releases. 3. Install multiple versions of Julia - This isn't needed for those wanting to use snap as replacement of apt but there is already an [experimental feature for it](https://snapcraft.io/blog/parallel-installs-test-and-run-multiple-instances-of-snaps).

I second @eoli3n should try juliaup, because, so far it just works for me on Linux. I used to run Ubuntu, just upgraded to Linux Mint today, and it seems to work there to (predictably, since Mint isn’t tooo different).

I would want the Julia snap to change to rather install juliaup, which actually gets you julia the release version. That’s probably the best option rather than giving up on snap.

I know Mint has misgiving with snap, I forget their tech argument against using/promoting snap (wasn’t about Julia), in favor of flatpak.

FYI: I thought you could still choose either: