I vaguely remember seeing a macro somewhere to define typed globals without having to give the type explicitly, something like

which would expand to

Does anyone remember where that was?

Not sure if something like this is already in a package somewhere, but here’s one way to write such a macro:

That’s fine if the right-hand side is a literal or symbol, but you might also have an expression with side effects, for example something like @typed a = pop!(v). Or even one that returns different results each time like @typed a = rand((1, 2.0)). In those cases you want to avoid evaluating r twice.

Just adding this for reference: “typeconst” is a relevant keyword for this problem on the discourse: Search results for 'typeconst' - Julia Programming Language (thanks Stefan Karpinski)

Ah, found what I was originally thinking of: it’s the “@stable” macro by @giordano in the Seven Lines of Julia thread:

In Julia v1.8 we’ll have the possibility of type-annotating global variables, to promise their type won’t change: julia> x::Float64 = 3.14 3.14 julia> x = 2.71 2.71 julia> x = "hello world" ERROR: MethodError: Cannot `convert` an object of type String to an object of type Float64 Wouldn’t it be nice if we could automatically get the type annotation without having to explicitly type it ourselves? Here be dragons macros (note that the macro definition is exactly 7 lines): julia> macro stable…

Simeon’s is a bit robuster indeed, with the $tmp.

@simeonschaub I was also wondering, why the Base.mapany (and not just map)?
↓
EDIT: I found why here (in the SnoopCompile docs) (maybe):

mapany avoids trying to narrow the type of f(v[i]) and just assumes it will be Any, thereby avoiding invalidations of many convert methods.

So, it’s used to spare the compiler some type inference work and/or to avoid convert invalidations, I think

The final thing I wonder about is the @nospecialize:
all Exprs are the same type, so there is no “too many specializations” problem right?

Like, why not say rewrite_assignment(ex::Expr).
And why the Meta.isexpr(ex, …) instead of just ex.head == …?
↓
Ah, these are to handle LineNumberNodes, I assume.

Still, how is the @nospecialize useful?

Simeon’s is a bit robuster indeed, with the $tmp.

I think I’m missing why that’s more robust (than what?)

Sorry, I hadn’t looked at your ‘seven lines’ well.
I thought it said something like

But instead it uses a local temporary variable.
I.e. (rewriting a bit for ease of comparison):

(with tmp = gensym(lhs), for when applying the macro to more than one assignment at once)

…which I suppose is equivalent to Simeon’s let & global approach:

As an addition, in my code where I define a macro like this, I added branch on whether typeof(rhs) ∈ [Expr, Symbol] or not.

If it is, I do as above (i.e. the $tmp approach, to handle non-determinism and side effects).

But if not (i.e. the right-hand side is a literal (hopefully)), I eval the typeof already in the macro:

The goal is to show something less scary to users when they e.g. @macroexpand, in the simple (and most common) cases.

For the record, I had written a blog post about a slightly more elaborate version of my macro: 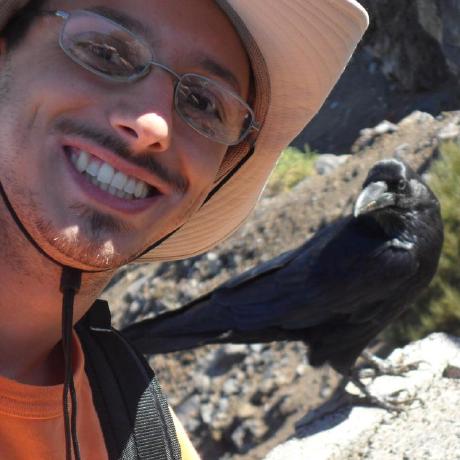 My first macro in Julia

This post isn’t about the first macro I wrote in the Julia programming language, but it can be about your first macro. Frequently Asked Questions Question: What are macros in Julia? Answer: Macros are sort of functions which take as input unevaluated...