Hi,
maybe very silly question, but can not find solution so far.
I have gps coordinates of the city, ie place in Stockholm/Sweden: [59.3725,18.0].
I would like to get TimeZone for this place: ‘Europe/Stockholm’

In python, there is lib: timezonefinder · PyPI

Please, what is the best solution to get this in Julia

Thanks a lot for help
Lubo

Hi, thanks for the reply, but no, the point is that I do not know that these point belongs to Europe/Stockholm zone.

I would like to get TimeZone for this place: ‘Europe/Stockholm’

You probably could use the Google Maps API or OpenStreetMap.

I don’t know this exists in Julia. Then, in this case (or for other obscure Python packages) I would use PyCall.jl, and use that Python package.

You would want to change it a bit more, e.g. to interpolate Julia variables in (and import differently, see PyCall docs, maybe use Conda):

and get rid of the warning, but that seems like a problem you would also need to figure out in Python anyway.

Ironically, the example from the Python docs didn’t work for me in Python3 nor 2, while it did work in Julia.

I first did (you would also need in Python):

and it does something differently, and Julia keeps working but not Python, neither with pip (for Julia pip3 may be needed). I thought [numba] meant option as in use timezonefindernumba, but that’s not it so I learned something new.

If you wanted to make a pure-Julia solution it looks like the python package uses the shapefiles provided by this project: 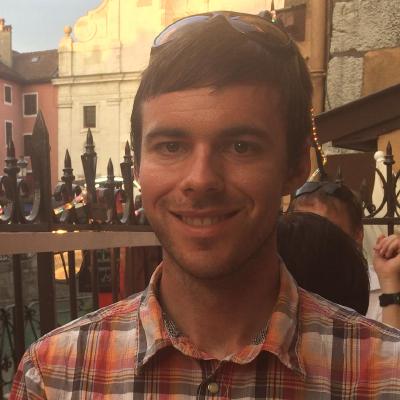 A tool to extract data from Open Street Map (OSM) to build the boundaries of the world's timezones.

If one combines this with a point-in-polygon algorithm e.g. from here: 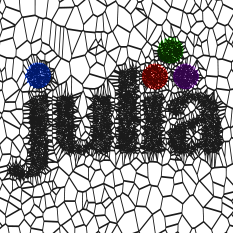 Generic Polygon Operations. Contribute to JuliaGeometry/PolygonOps.jl development by creating an account on GitHub.

this should be all you need for a Julia TimeZoneFinder.jl

Thank you all for answers, for the reference, there is also web API: API Access for Developers - TimeZoneDB