EDITED: the post below shows the problem more clear.

Would anyone guess of the origin of such behavior
I should be able to provide the root file for testing in spirit of that
https://github.com/JuliaHEP/UpROOT.jl/pull/8#issuecomment-606596770
The file has 300_000 rows, the size of 10MB

Some more retails are below

the Particle is a simple mutable struct, the process function creates a named tuple of for particles

Pin @oschulz. Any ideas?
Thanks

Just found a typo in the second execution:
it should be process.(tr) instead of process.(t). Then it takes 1s

What remains unclear why processing the tree directly is so much slower. It contains
the only branches that I use 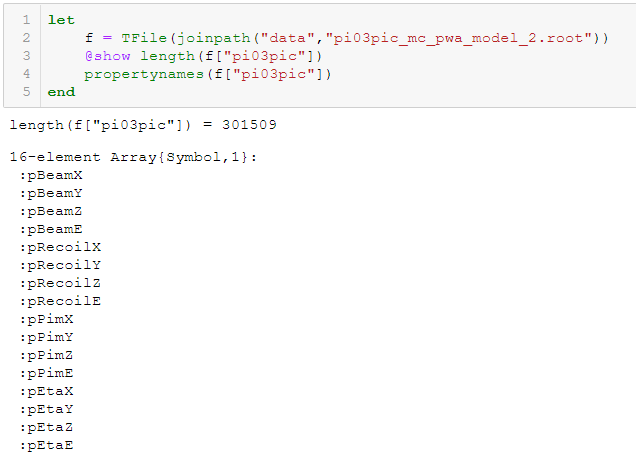 Well, here is the shortest representation of the problem: 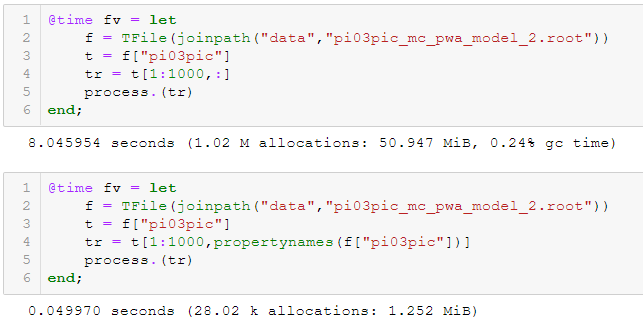 Conversion of the TTree (in disk) to Table (in memory) is done when getindex is called.
It seems that the conversion is happening for every index when broadcast

Probably best if we discuss this on your GibHub issue (https://github.com/JuliaHEP/UpROOT.jl/issues/12), in case we need to make changes to UpROOT.jl