My take on it C++ needs to be replaced, just with what, Julia, other existing language? Or this new one:

We are designing Carbon to support:

Many languages share subsets of these goals, but what distinguishes Carbon is their combination. Where it is necessary to make tradeoffs between these goals, we intend to prioritize them in this order.
[…]
No need for a lower level language. Developers should not need to leave the rules and structure of Carbon, whether to gain control over performance problems or to gain access to hardware facilities.

Github has tons of docs on it, but if you want the official video:

Sometimes I wish for this in Julia:

Why would someone use Carbon instead of C++20? Seems they just released Carbon too late.

Wouldn’t be surprised if the Carbon developers still think of C++14 when they say “modern C++”.

Well the ship has sailed on that one.

But you can choose to only use ASCII in your own code (just as Python, and I think still C++, forces you to use for identifiers), if I recall, no (exported) function of a package should be non-ASCII, according to some style-guide, so I think the issue is overblown. I like π and ℯ and e.g. ⊻ but nobody is forced to use, you always have ASCII equivalent; for all operators except that last one, then the ASCII-only in functional form.

Carbon standardized on UTF-8 for source code (including allowing non-ASCII for identifiers excluding identifiers, then ASCII), and supports well in general, but that’s the least surprising or interesting/innovative part of the language design.

Abstract
We propose that UTF-8 source files should be supported by all C++ compilers. […]
Motivation
Even this simple program cannot be written portably in C++ and may fail to
compile:
int main() {}
— Beman Dawes

That’s because even with all the major compilers supporting, and some only, UTF-8, I guess some compiler could be expecting say EBCDIC. 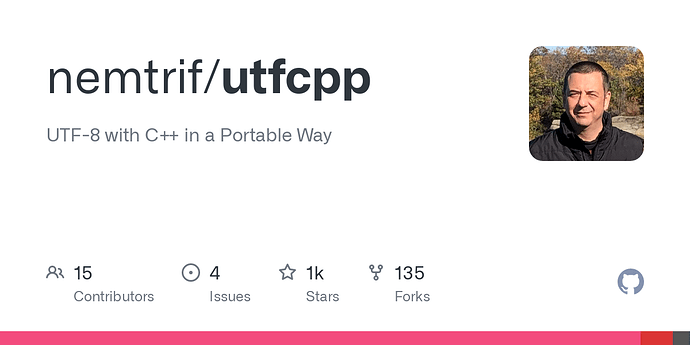 GitHub - nemtrif/utfcpp: UTF-8 with C++ in a Portable Way

UTF-8 with C++ in a Portable Way. Contribute to nemtrif/utfcpp development by creating an account on GitHub.

Why would someone use Carbon instead of C++20? Seems they just released Carbon too late.

Wouldn’t be surprised if the Carbon developers still think of C++14 when they say “modern C++”.

A.
Because C++ is too complex? And its standard library speed not as fast as it could be, because of its stable ABI: https://www.reddit.com/r/cpp_questions/comments/ky70su/is_the_standard_library_too_slow_for_games/ 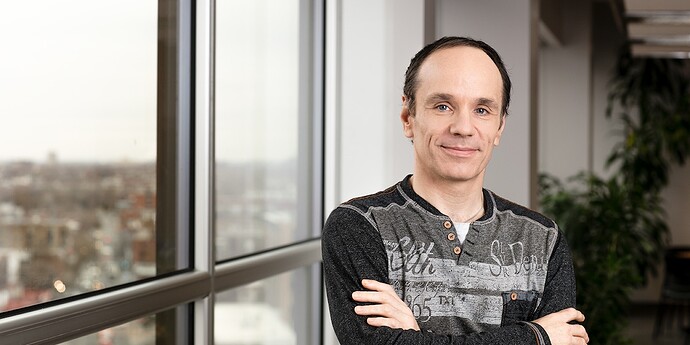 It’s intriguing to contrast Carbon with (C++), Julia, Rust, Zig, how it’s template/generics system diverges from C++ and Julia, also its error model. I can’t see that Cabon has multiple dispatch (or multimethods), even though Strostrup proposed for C++, or are “mixins” the same, or similar enough:

For example, mixins for implementation reuse and generics for separating interface from implementation. This allows Carbon to move away from multiple inheritance, which doesn’t have as efficient of an implementation strategy.

Classes by default are final

It’s intriguing to look at the goals; and non-goals, e.g. “Stable language and library ABI”, because C++ has a stable ABI, and it’s holding C++ back, meaning its standard library can’t be fastest.

Why not improve C++?

A lot of effort has been invested into improving C++, but C++ is difficult to improve.

For example, although P2137 was not accepted, it formed the basis for Carbon’s goals.

If you can use Rust, ignore Carbon

[…]
Be mindful of legacy. Globally, there may be as many as 50 billion lines of C++ code. Any evolution of Carbon that fails to account for human investment/training and legacy code, representing significant capital, is doomed from the start. […]
Support software outside of the primary use cases well. There are surprisingly high costs for developers to switch languages. […]
All unsafe or risky operations and interfaces must support some dynamic checking.
[…]
Syntax should parse with bounded, small look-ahead. Syntax that requires unbounded look-ahead or fully general backtracking adds significant complexity to parsing and makes it harder to provide high quality error messages. The result is both slower iteration and more iterations, a multiplicative negative impact on productivity. Humans aren’t immune either; they can be confused by constructs that appear to mean one thing but actually mean another. Instead, we should design for syntax that is fast to parse, with easy and reliable error messages.[…]

Interoperability with and migration from existing C++ code

[…]
We must be able to move existing large C++ codebases – some with hundreds of millions of lines of code and tens of thousands of active developers – onto Carbon. […]

Support for bi-directional interoperability with existing C++ code. We need Carbon code to be able to call into C and C++ libraries with both reasonable API clarity and high performance. […]

There are common or expected goals of many programming languages that we explicitly call out as non-goals for Carbon. […]

We would prefer to provide better, dedicated mechanisms to decompose software subsystems in ways that scale over time rather than providing a stable ABI across the Carbon language and libraries. Our experience is that providing broad ABI-level stability for high-level constructs is a significant and permanent burden on their design. It becomes an impediment to evolution, which is one of our stated goals. […]

I can’t see that this language has multiple dispatch (or multimethods), even though Strostrup proposed for C++.

Carbon errors, unlike exceptions in C++ and similar languages, will not be propagated implicitly. Instead, Carbon will very likely need to provide some explicit but syntactically lightweight means of propagating errors, such as Rust’s ? operator

Interoperability will target C++17. Any interoperability support for future versions of C++, including features such as C++20 modules, will be based on a cost-benefit analysis.

Characters in identifiers and whitespace

We will largely follow Unicode Annex 31 in our selection of identifier and whitespace characters. […]
For example, this list includes U+30EA (KATAKANA LETTER RI), but not U+2603 (SNOWMAN), both of which are permitted in identifiers in C++20. […]
we should use Annex 31 as a basis for our decisions, and should expect strong justification for deviations from it.

Note that this aligns with the current direction for C++, as described in WG21 paper P1949R6.

Your analogy is flawed. Julia isn’t the successor language to matlab because you can’t just take a matlab lib and link it in a julia program. That’s the criterium the authors of Carbon set for a successor language. Examples:
C → C++
Java → Kotlin
Objective C → Swift
C++ → Carbon

Yes, Julia only has similar syntax to MATLAB and trying to be a replacement but not fully compatible. But neither is Kotlin (and even C++ isn’t a strict superset to C), but you CAN call to and from MATLAB. Then it’s not a successor in the sense you still need to buy the MATLAB license. But that’s not an issue calling its clone Octave, as I have.