Setting font of minus sign in exponent in Makie

With the following code:

I get this figure 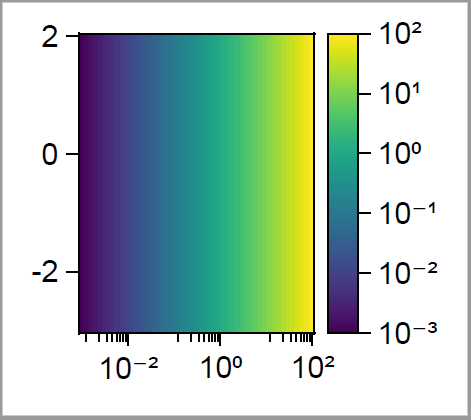 I believe the font wouldnt change if Arial had the glyph, the problem is that each of these exponent glyphs is its own thing completely separate from the normal version. I’ve been wanting to add some basic subscript superscript functionality to base Makie (not at the level of MathTeXEngine but also not limited to Computer Modern) for that reason, some numbers and the point can also look wonky in exponents. In that mode the superscripts would just be shifted and scaled normal glyphs, so you’d have the full glyph set available.

Old fonts like Helvetica (one of the original Postscript fonts from the 1980s, years before Unicode even existed) don’t have good unicode coverage, so probably Illustrator is not using a superscript glyph but is just drawing superscripts itself.

Basically, if you use old fonts with poor Unicode coverage, you will start to hit fallback fonts instead. (That’s also why math rendering in e.g. TeX is typically done in specialized fonts.)