I managed to achieve the desired behavior like this: 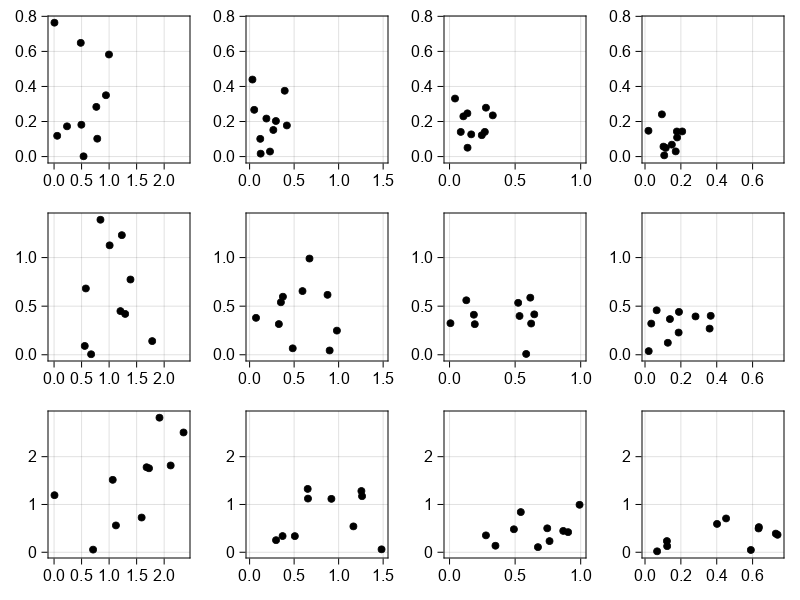 I initialized an array of axis objects beforehand, iterate over my data, plot each variable pair on a new axis, and put that axis on the respective position in the array. Afterwards i need to iterate over each row and link the y-axes and over each column to link the x-axes.

While this method works, I am sure there is a much shorter, more intuitive and more idiomatic way to do this. This is why I am writing this post and asking for advice on how to simplify what I am doing. Maybe someone got ideas