This code produces the plot below: 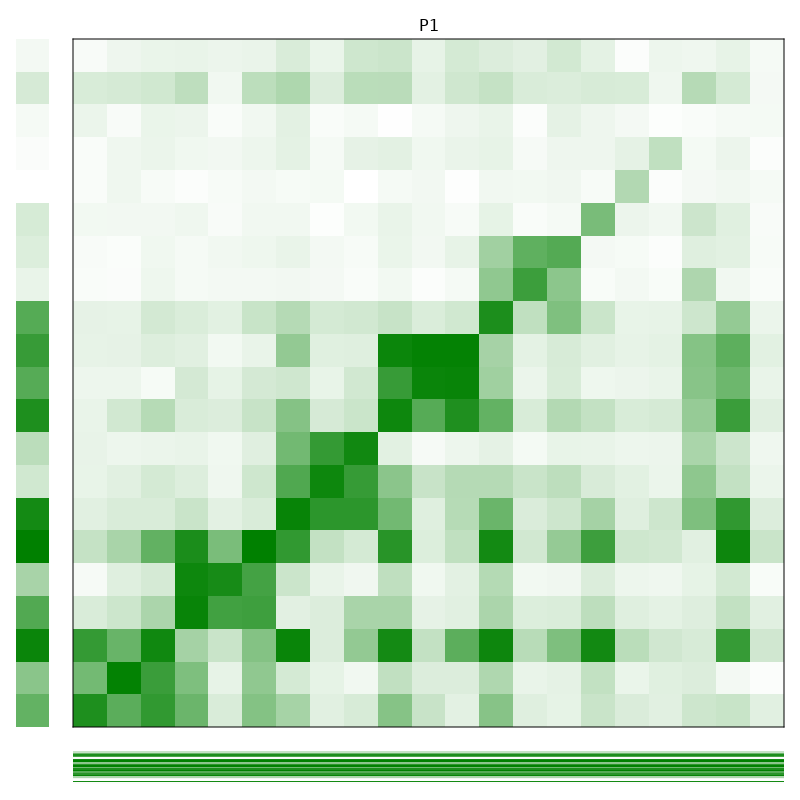 The problem I have not been able to figure out is how to represent the heat map in f₅[2,2] horizontally so that it looks like the heat map in f₅[1,1] only laying on its side. I’ve tried to structure the data so that it is 1x21in shape - this doesn’t seem to work. I have also tried, unsuccessfully, to use the direction parameter hoping that might work.

Any help or suggestions would be appreciated.

It needs to be in the shape 21 x 1 because the first dimension corresponds to x, and the second to y: 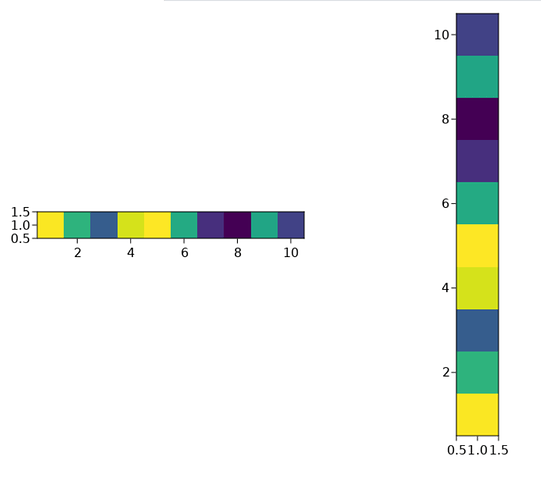 Thanks, that works well. My error was that I was trying to pass a vector. Which it liked vertically but not horizontally. When I used a 21x1 Matrix{Float64}, that did the trick and I could transpose without incident.