How to show large number of lines using Julia, GLMakie

I try to show the road network, which has over 400,000 segments. I first tried the package OpenStreetMapXPlot.jl. However, it takes very long time and cannot plot. Then, I tried to use GLMakie.jl

It takes a long time to plot 10,000 road segments. It seems also impossible to show the large network.
I use the software QGIS, which is developed using C++, to show the road network and it works very smooth.

Is GLMakie.jl the proper package to show the large road network? Or some other technology is better?
Thanks!

I tried similar code using Plots.jl. The running time for plotting 1000 roads is,

Maybe you can avoid the calls to the plotting functions inside the loop? Have you tried calling lines! only once on a large vector of xs and ys, potentially separated by NaNs?

For example, I get a 200x speed up doing that with Plots.jl on this example:

Thanks for your reply!
plot2() is different from plot1(). plot1() draws 1000 separated lines, while plot2() draw one line, which links 1000 lines as one. This would be the reason while plot2() is much quicker.
The following are figures of three lines by these two function. 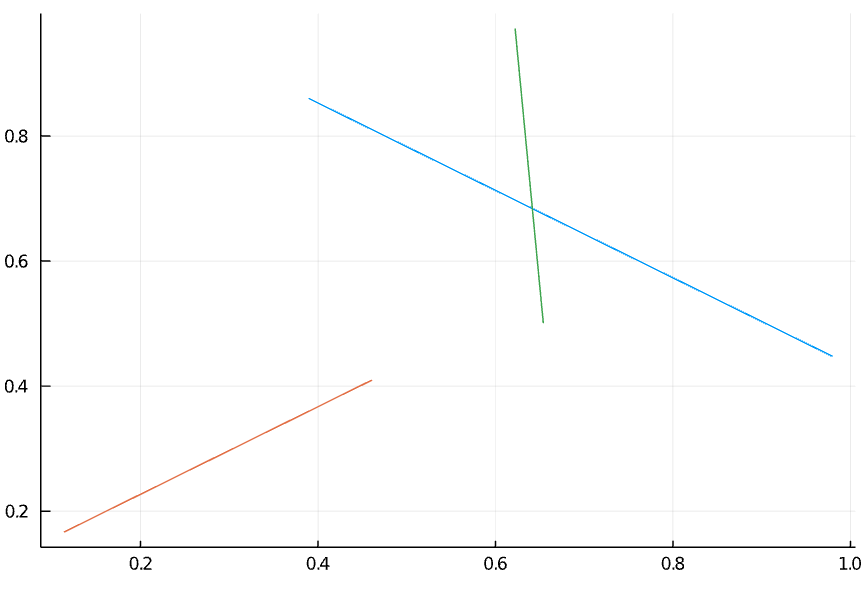 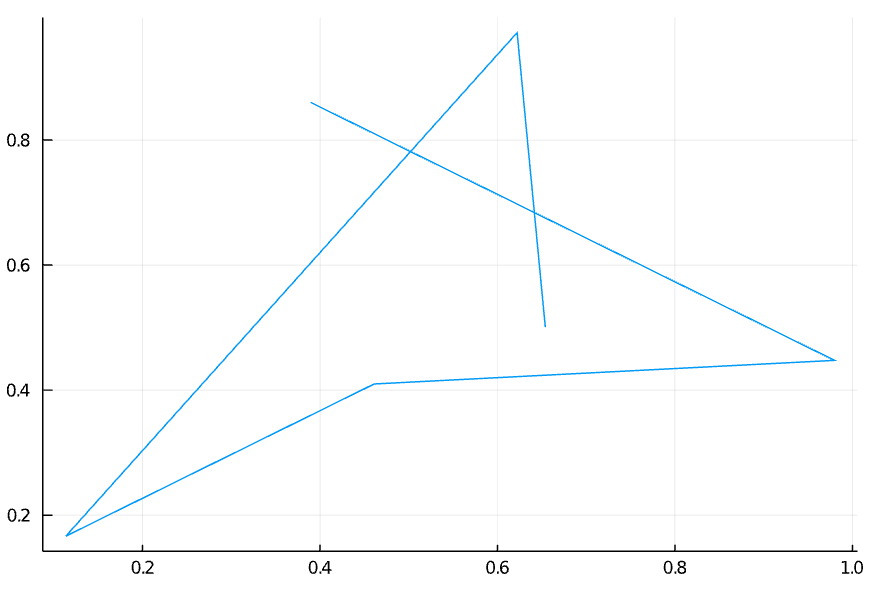 I think if you do reduce(hcat, ...) instead, they will be plotted as separate series. Not sure how that affects timing, but might be worth trying

Thank you so much! It plots the correct figure. However, the running time is only slight quicker, which is as follows.

QGIS, written in c++, can render this network smoothly. Is there other package to draw large network? There should be some method to draw using Julia.

you can try using GR

with this you can plot millions of points [lines].

is what you are looking for.

I think GLMakie works well with this, as long as you plot everything as one line (use NaN points as gaps).

So amazing! It works! The large urban traffic network, with over 400,000 road segments, can be shown within 1 second!

Thank you so much!

Awesome! The general rule is to have as few high level plot objects as possible, so that the gpu receives only a couple of large arrays. Then it will be fast. 100000 line plot objects have too much overhead

No, it’s the single call to plot that makes it quicker. As others have also said, you just need to concatenate your roads in a single array and separate the segments that need separation by NaNs and it should be fast with Plots. (I did not do the part adding the NaNs in my example.)

[EDIT] For example, to sort-of match the GLMakie one,

and these show what you want as well: 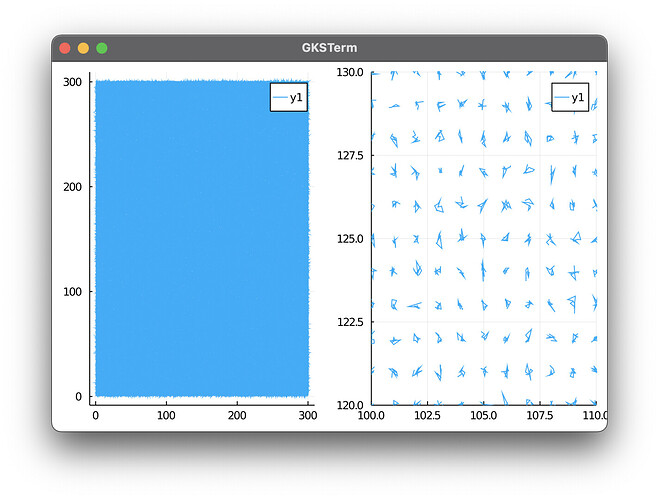 Thank you so much! I will have a try. It would have similar speed as the Jules’s suggestion.

I wonder if high-level plot objects can be automatically “rewritten” to this more efficient representation.

For the record, the inspectdr() backend seems to plot at same speed as gr() in this case, while allowing interactive zooming in and out. However it is 30% slower here than Makie. Makie zoom is nicer as scales are updated, while inspectdr() provides the coordinates of the cursor.

This works very well. Thank you.