also I have no idea how TIOBE gets to those results, there is no way assembly is similarly popular to javascript.

Indeed, the TIOBE results fail the eyeball test so badly and in so many different ways that it serves better as a tool for optometrists.

We only care if the data is good, also I have no idea how TIOBE gets to those results

It seems to be based on such (“Google, Bing, Yahoo!, Wikipedia, Amazon, YouTube and Baidu”) queries:

So it’s some measure of mindshare (not actual use, nor “about the best programming language”), likely explaining assembly so high (lots of stuff mentions “assembly programming”, even though most people don’t do any). 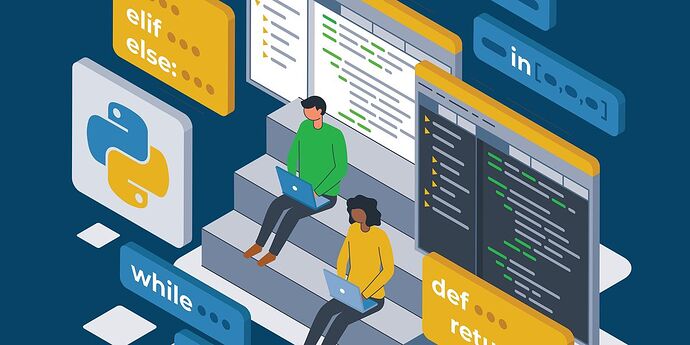 Python’s still No. 1, but employers love to see SQL skills

Job listings are of course not the only metrics we look at in Spectrum. A complete list of our sources is here, but in a nutshell we look at nine metrics that we think are good proxies for measuring what languages people are programming in. Sources include GitHub, Google, Stack Overflow, Twitter, and IEEE Xplore.

Julia there listed 28th, just after D (which we also use at work, mostly).

It just occurred to me, TIOBE seems to search for e.g. “Julia programming”, and it doesn’t find Julia discourse posts.

I tried to Google for a random post I found (and found it):

How to Plot Step Functions Correctly in Julia?

“Julia programming” How to Plot Step Functions Correctly in Julia?

@logankilpatrick or whoever is responsible for Discourse (and Forem etc.), so can anyone add an invisible meta-tag (or needs it be visible, e.g. in a footer?) to all of Discourse? It seems appropriate.

Can people or need ask google (and bing etc.) to reindex your/this site?

I believe @viralbshah and others have looked at this before to make sure we are good but I’ll take a look again in a few hours.

I double checked this and it looks like all the Meta tags already say “Julia Programming” so we should be good.

But it is strange that a google search for "Julia programming" "Step Functions" doesn’t pull up that page. Maybe the footer doesn’t appear in the javascript-less version Google’s crawler sees? (edit: this is indeed the case)

While I share the exact same thought, the TIOBE Index is still very popular – at least the people I know of tend to use it as a measure for the success of a language. That being said, I still hope that we reach Top 20 soon since I am pretty sure that it will have a booster effect. No matter how bad the algorithm is and how often we point out its flaws.

nor with “Julia tutorial” (while it’s a solved question so it kind of is) but "Julia programming” and "Julia programming language” works. I suppose that’s enough for TIOBE, but not sure for others, and I think at least “Julia language” additionally should be in meta tags, now that a new index is coming from them and others, in October, maybe not too late to ass meta tags?

I’m not sure it’s justified to add “tutorial” too as a meta tag (here, in general, possibly it can be done for solved questions conditionally?). If you do write one, or a blog, and it’s a tutorial please be specific about it.

Why do you use tutorial as Google Trends keyword ?

The following principles were used:

it is strange that a google search for "Julia programming" "Step Functions" doesn’t pull up that page.

It does now, some someone changed something (post though from July 12th, and solved by an answer from same day), or just passing of time helped.

There are a number of other indexes that have saner methodologies and are much more consistent over time, such as the IEEE Spectrum and PyPL rankings, which rank Julia as the 23rd and 26th most popular languages, respectively.

There are a number of other indexes that have saner methodologies and are much more consistent over time, such as the IEEE Spectrum and PyPL rankings

To be fair, PyPL doesn’t have consistent ranking over time either, but (for Julia) it may actually be very understandable, (exponential?) smoothing would ideally be used for the seasonal fluctuation. And the rank is always going to be more unpredictable than plotting the “share” itself (or “ratings” at TIOBE).

It’s most obvious if you choose UK, and “show your favorite languages” by choosing Julia from the drop-down menu. It might indicate student use (or workplace), less in the summer. Note the graph is logarithmic, and the bottom cut off.

At least, on this leading indicator, we’re past PHP (and Swift, Haskell and Rust) which was, still is I think, the most common web programming language used (e.g. because of WordPress), though maybe not for new projects. I believe even on this index PHP was highest rated of all languages, and we’re also past where R was in 2010 (in the UK, and similar timelag for the US).

It’s unexplained why Matlab is falling off a cliff, in the UK, not elsewhere.

Hopefully Julia makes top 20 of TIOBE index, then we can get such a graph there.

The most fishy thing about that PyPL chart is not Matlab falling off a cliff, but Python falling off a cliff. In just one year (autumn 2021 - autumn 2022) Python fell from 40% to about 25% (note the Y axis is logarithmic). UK only, but that still seems completely unreasonable to me. Unless there’s a simple explanation like a plotting bug or major change in methodology, I think the conclusion must be that PyPL is best ignored for individual countries.